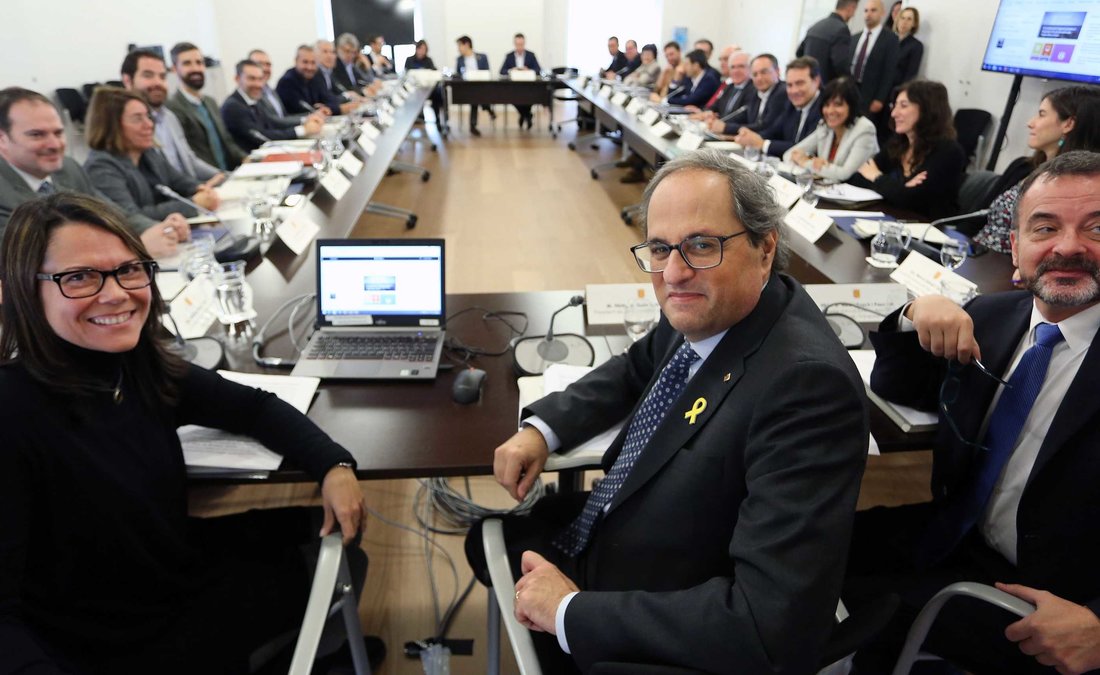 This morning, at the Palau de la Generalitat, the president of the Generalitat of Catalonia, Quim Torra, chaired the second plenary session of the Public Diplomacy Council of Catalonia (Diplocat) since its re-establishment. On 27 October 2017, through application of Article 155, the Spanish Council of Ministers initiated the process to abolish Diplocat, and this process continued until 12 June 2018, when the Catalan Government decided to reverse the abolition order.

The appointment of Laura Foraster as the new general secretary of the body was approved at today's meeting of Diplocat, also attended by the Catalan Minister of Foreign Action, Institutional Relations and Transparency, Alfred Bosch.

Foraster holds a degree in Business Administration from the Pompeu Fabra University, a degree in Humanities from the Open University of Catalonia and a master's degree in European Studies from the KU Leuven, in addition to specific training in public diplomacy and electoral observation missions. From 2012 to 2018 she was the executive director of Diplocat and had previously served as chief of cabinet of Josep Huguet when he was Catalan minister of Trade, Tourism and Consumer Affairs (2003-2006) and Catalan minister of Innovation, Universities and Business (2006-2010). Prior to these positions, Foraster worked in Brussels, undertaking various jobs in the European Commission, the Committee of the Regions, the Delegation of the Government of the Generalitat of Catalonia to the European Union and the European Parliament.