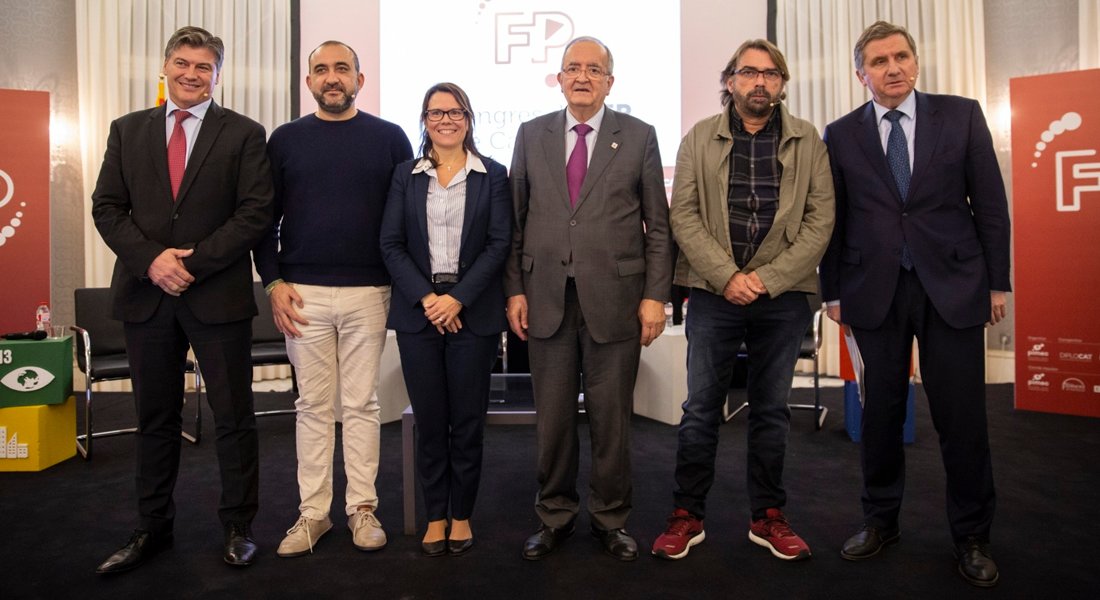 In the framework of the 1st Vocational Training Congress of Catalonia, held today in Barcelona

More than 300 people have attended the 1st Vocational Training Congress of Catalonia, held today at the Palau Reial in Pedralbes, Barcelona, and co-organised by PIMEC, Diplocat and the Centre for Economic and Social Studies. The facilitating committee for the Congress also included the trade unions CCOO and UGT and the employers' association Foment del Treball, while around 40 organisations, guilds and associations lent support to the initiative.

In the inaugural speeches, the Vice-President of the Government, Pere Aragonès, expressed the will of the Generalitat that vocational training should "cease to be second choice", and the President of PIMEC, Josep González, reiterated that "the most competitive European countries are those that have an offering of vocational training that is more honed to the needs of the companies, whereas in Catalonia there are firms that paradoxically have vacant posts for want of people with the right skills."

The Secretary General of Diplocat, Laura Foraster, was entrusted with presenting the first speaker, João Santos, Area Head for Vocational Training and Adult Learning in the European Commission. Foraster referred to vocational training as a "state structure" and "one of the most important strategic elements for an advanced, progressive society." For his part, Santos set forth the vocational training promotion policies applied by the EU in recent years and the main challenges for the future: quality, inclusion, innovation, flexibility and internationalisation. The Congress forms part of European Vocational Skills Week, a European Commission initiative that seeks to reinforce the appeal of education and vocational training.

Of the various round tables that were held in the course of the day, Diplocat promoted one on international vocational training experiences, led by Mireia Borrell, Secretary for Foreign and EU Action, with the participation of Barbara Primo, Director of the Dual Education Skills Hospitality (DESK) project in Switzerland, and Anthony Impey, expert at the UK National Federation of Self-Employed and Small Businesses.

In his closing speech, the President of the Generalitat, Quim Torra, made an appeal to "strengthen cooperation between the educational system and the business world to put vocational training at the centre of the country's productive advancement." Torra showed the Government's commitment to the development of vocational training, while assuring that "our aim is to improve the employability and quality of life of people and also the competitiveness of enterprises."

The conclusions of the Congress can be summed up in five points: to implement the Public Agency for Vocational Training and Qualification of Catalonia; to endow the system with a forward-looking instrument for providing data and trends within the labour market; to commit clearly and decisively to comprehensive, crosscutting, lifelong career guidance; to introduce elements of flexibility and human and material resources capable of facilitating adaptation to the diversity and makeup of the Catalan productive fabric; and to encourage the participation of enterprises as a system training agent.