A world seduced by books and roses 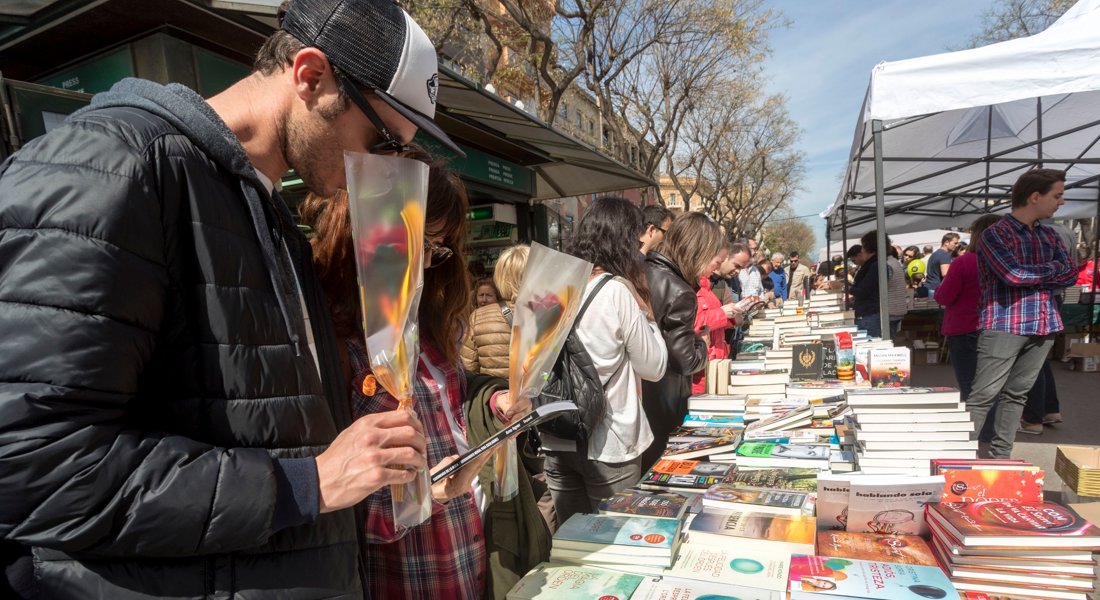 As in other years, over the last few weeks Diplocat has been conducting a campaign to internationalise Sant Jordi Day and spread the word about the festivity of books and roses worldwide.

As part of the programme of international visitors, a group of 11 foreign journalists were invites to spend 23 April in Barcelona and experience the atmosphere on Sant Jordi Day firsthand. The journalists were from Germany, Italy, Greece, Slovenia, the UK, Estonia and Latvia. They were welcomed by the director of the Ramon Llull Institute, Iolanda Batallé, and during their stay they got to talk to writers, publishers, booksellers and readers, as well as being received by the President of the Catalan Government, Quim Torra.

Here you can see some of the articles they have published:

Catalans spreading the love with unique romantic celebration (The National)

In addition, in partnership with the Catalan Tourist Board, Diplocat once again activated the website www.booksandroses.com and the campaign #BooksAndRoses on social networks to offer information on the Sant Jordi festivity in English and broadcast related activities worldwide. This year the website has compiled and promoted events with books and roses outside Catalonia in a total of 86 cities in 37 countries.

The campaign seeks to show the great diversity of organisers and events to be found all over the world on and around 23 April. In some countries books and roses are swapped, while in others it is an opportunity to hold talks and book presentations or to have street stalls, concerts or literary competitions. Most of these events are concentrated in Western Europe and the Americas.

Notable new developments in 2019 have included a street event organised by the Action office in Seoul (South Korea), with books by Catalan authors; an event organised for the first time by the Catalan Community of Poland in Warsaw; and an event organised jointly in Syracuse (Sicily) and Alessandria (Piedmont) by the councils of these two Italian cities, in collaboration with the business association Confcommercio, which consisted of a gift of roses when people bought books by local authors, with a mention of the link with the Catalan tradition.