The role of public diplomacy in the digital age: Comparative models 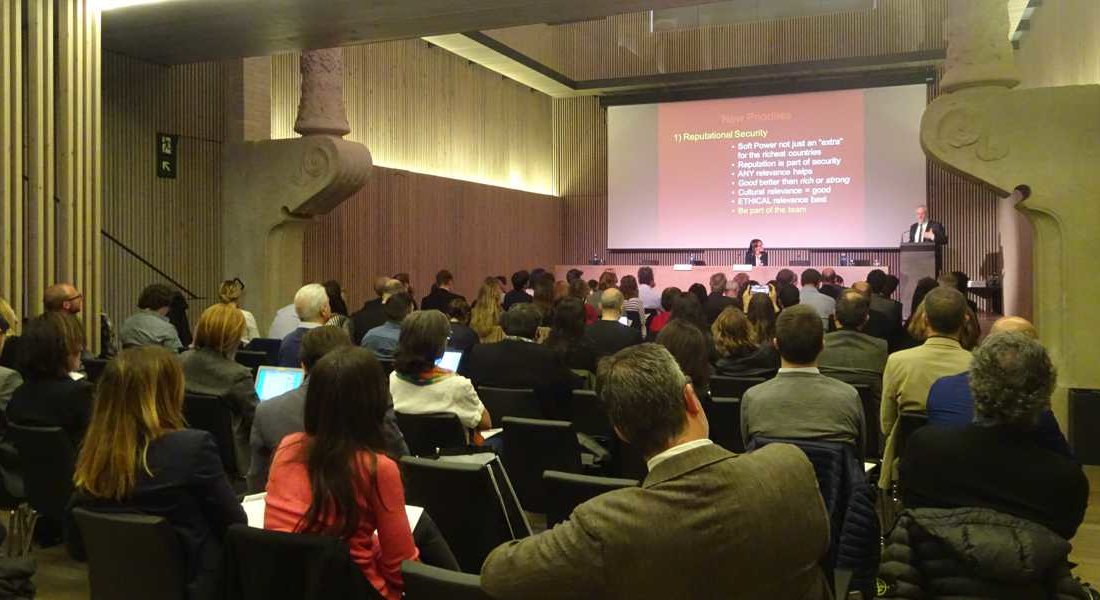 The Public Diplomacy Council of Catalonia (Diplocat) has organised today, Friday 3 May, an international seminar on public diplomacy models in the Sant Pau Art Nouveau Site in the Catalan capital. The seminar was attended by university professors, lecturers, representatives of the member organisations that make up the Diplocat consortium and professionals from the field of digital diplomacy.

Laura Foraster, general secretary of Diplocat, said that "Catalonia must play an important part in the global sphere, and nowadays this means developing external action that complements classical diplomacy, as governments are no longer the only stakeholders of international dialogue." In this way she justified the body's return to public activity, "after a forced shutdown of over a year," as a result of the application of Article 155 of the Constitution by the Spanish government. Talking to journalists at the seminar, Foraster said that it is not admissible to "limit" the work of Diplocat, which "will continue to export the image of Catalonia, its assets and its values in the future."

Who also spoke about public diplomacy and the right and almost the obligation of Catalonia to exercise it was UK's Nicholas Cull, professor of Public Diplomacy and director of the Master in Public Diplomacy at the University of Southern California (USC) and a world expert on the subject. In his keynote speech, Cull explained the differences between classical and public diplomacy, and highlighted some of the fundamental characteristics of the latter: the need to know how to listen and to explain oneself, the importance of culture and exchange, and the power of television and the media as a transmission channel.

Cull also made it clear that public diplomacy is not a monopoly of nation-states and that governments not only have ceased to be the only voices in international dialogue, but are often the least credible voice. Among emergent players he cited non-state, sub-state and supra-state bodies, along with cities, corporations and digital communities. The British academic referred specifically to Diplocat, a body he has "admired" for years and that is not only fully entitled to engage in public diplomacy, but "it would be inexplicable for it not to do so."

The keynote speech was followed by two roundtables. The first, moderated by journalist Teresa Turiera, analysed good practice cases in public diplomacy. Joan David Janer Torrens, tenured lecturer in Public International Law at the University of the Balearic Islands, who has studied the public diplomacy engaged in by Spain's autonomous communities, explained that the reticence of the Spanish government and the Constitutional Court towards Diplocat and Catalan public diplomacy is caused in part by the confusion between traditional and public diplomacy. Corneliu Bjola, associate professor in Diplomatic Studies and head of the Oxford Digital Diplomacy Research Group, referred to the importance of digital diplomacy and defined information, and data in particular, as "today's new oil". Manel Camós, a retired EC official, spoke about diplomacy in European institutions and said that "they are advancing slowly, but they are advancing."

The second roundtable, moderated by Laura Pous, journalist in the Catalan News Agency (ACN), was on sectoral public diplomacy models. Jordi Calsamiglia, member of the Board of Directors of FC Barcelona, spoke about sport diplomacy and the international potential of the club; Juan Luis Manfredi, tenured lecturer in Journalism at the University of Castile-La Mancha, spoke about digital diplomacy; Teresa Navarro, chief executive of FemCAT, dealt with economic diplomacy; Àlex Hinojo, coordinator of Digital Strategy at the Ramon Llull Institute, spoke about cultural diplomacy; and Alexis Roig, chief executive officer of SciTech DiploHub, addressed science and technology diplomacy.

Today's seminar was special because it signified the resumption of Diplocat's activities. In addition to laying the foundations for a new strategic plan for the body, one of the goals of the seminar was to clarify what is and what it is not public diplomacy, a term that often leads to misunderstandings and has even brought into question the activity of the institution as such.