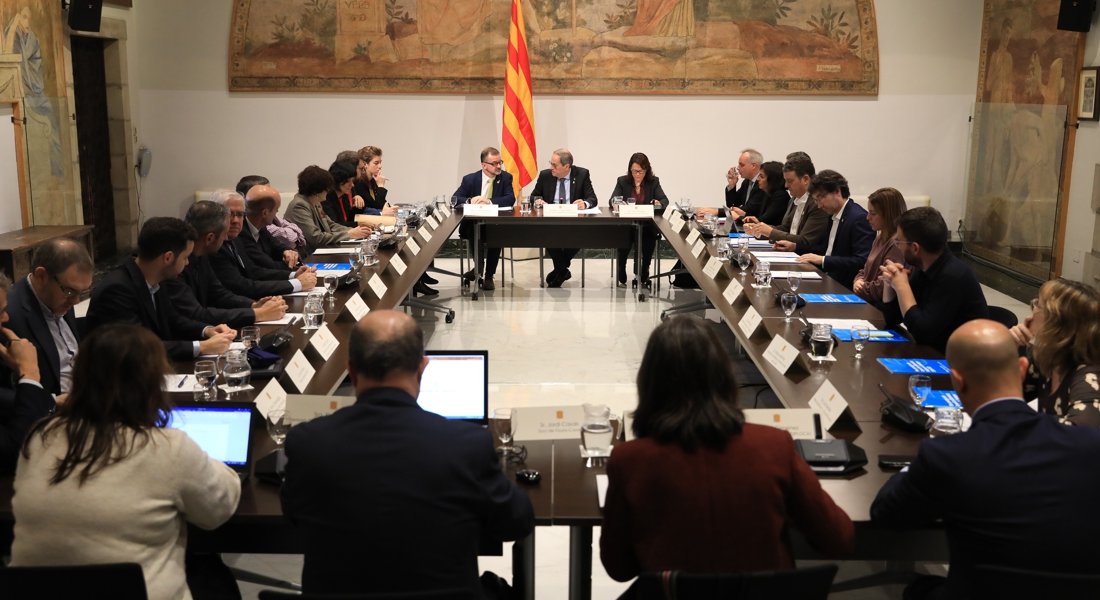 The second annual Plenary Session of the Public Diplomacy Council of Catalonia (Diplocat), headed by the president of the Generalitat, Quim Torra, and also attended by the Minister of Foreign Action, Institutional Relations and Transparency, Alfred Bosch, was held this morning in the Torres Garcia Room of the Palau de la Generalitat. During the meeting, the 2020 Work Plan was approved after being presented by Diplocat's general secretary, Laura Foraster.

Laura Foraster highlighted some actions of this work plan. These included the report on the presence of Catalonia in the international media; a visit to Portugal to study models of good trade union practices and successful social policies; the organization of seminars on dialogue between cultures and religions and on the role of sport as a tool for social inclusion; various international visitor programmes, with one focusing on YouTubers during the Human Towers Competition in Tarragona; the Books & Roses campaign for Saint George's Day, with special emphasis on New York; the debates of the MDAE Alumni Network; and the programme of international relations scholarships, which will reach the 37th edition. Foraster also announced the development of an internationalization plan aimed at the local world.

In his closing speech, the president of the Generalitat, Quim Torra, congratulated Diplocat for the work done and encouraged it "to continue to place emphasis on defending democracy and human rights". The president also referred to Diplocat's recently presented report on the international image of Catalonia, "because a country is a territory and its citizens, but it is also how they see us from outside". For his part, Alfred Bosch assured that "if we want to be competitive and have a presence in the world, Diplocat's outreach work involving civil society is very necessary". The minister also referred to the report in which Catalonia obtained an overall score of 7.3 and encouraged everyone to "continue working for this positive image of Catalonia in the world".