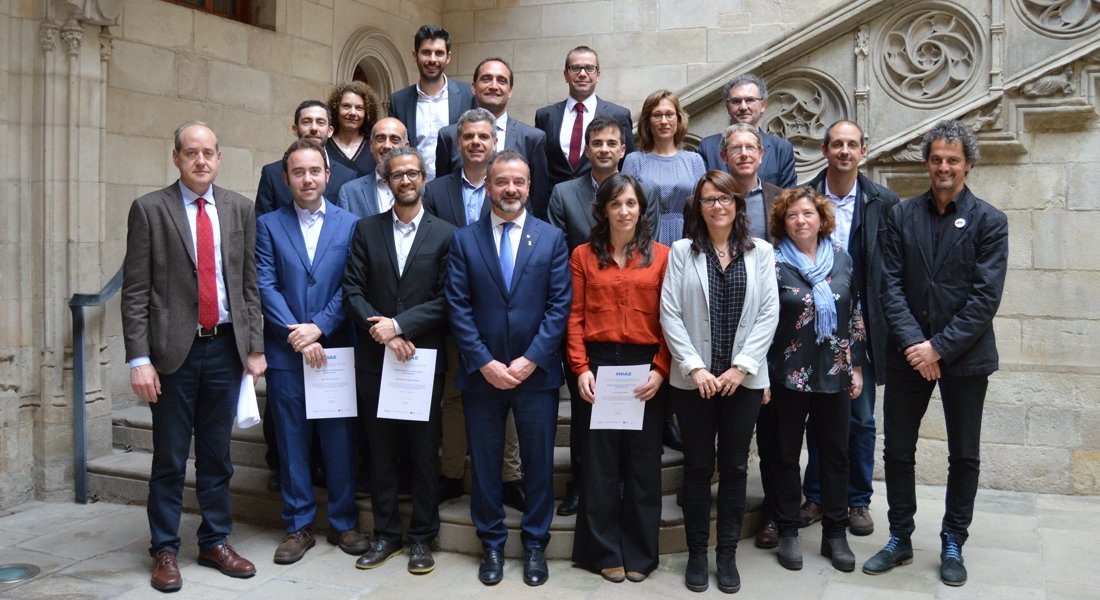 Minister Bosch: “Catalan society is open to the outside world and the government must accompany it.”

This afternoon the Catalan Minister for Foreign Action, Institutional Relations and Transparency, Alfred Bosch, presided over the graduation ceremony for the fifth edition of the Executive Master in Diplomacy and Foreign Action (MDAE) and the awarding of diplomas to the graduates. The event was also attended by the general secretary of Diplocat, Laura Foraster; Princeton University Professor of Politics and director of the Master, Carles Boix; the director of the Barcelona Institute of International Studies (IBEI), Jacint Jordana; and the Deputy Director General for Research and Management Training, Eulàlia Pla.

Laura Foraster highlighted Diplocat's mission to "train the staff of Catalan public administrations to contribute towards this country having its own voice in the world and to act with professionalism, rigour and responsibility when deploying Catalonia's foreign action" with "the tools of 21st century international relations."

In turn the Minister, Alfred Bosch, encouraged all the graduates of the Master to "participate in the foreign projection of Catalonia" because "Catalan society is very open to the outside world and we must accompany it; it is a duty of the government because it affects the wellbeing of citizens."

As director of the Master, Carles Boix addressed the new graduates particularly to stress that the aim has not been just to provide them with information and knowledge, but to give them tools "to strengthen their commitment to service," and urged the administration to harness this new talent "at the service of the foreign action of the administration."

On behalf of all the graduates, Cinta Farnós expressed her gratitude to those in charge of the Master and considered that "we come away from this Master with the fundamental idea that basic values - ethical, democratic, fair values - are essential to engage in good public diplomacy and to be able to have a voice in the world."

In this fifth edition, 16 Catalan civil service employees graduated. This brings the total for the five editions close to 100 graduates, who occupy positions connected to international relations in the Generalitat of Catalonia, the provincial councils and local councils.

The MDAE is an interdisciplinary and innovative training programme that combines knowledge in the fields of economics, international law and European policies with cross-cutting skills such as communication, psychology, negotiating and ethics. This programme targets staff of Catalan public administrations with international experience, with the aim of enhancing the capabilities of the Catalan institutions with regard to foreign action.

The Master is directed by Professor Carles Boix, PhD in Politics and Master in Public Administration from Harvard University and Professor of Politics and Public Affairs at Princeton University.