The 15-minute city: possibility or utopia? 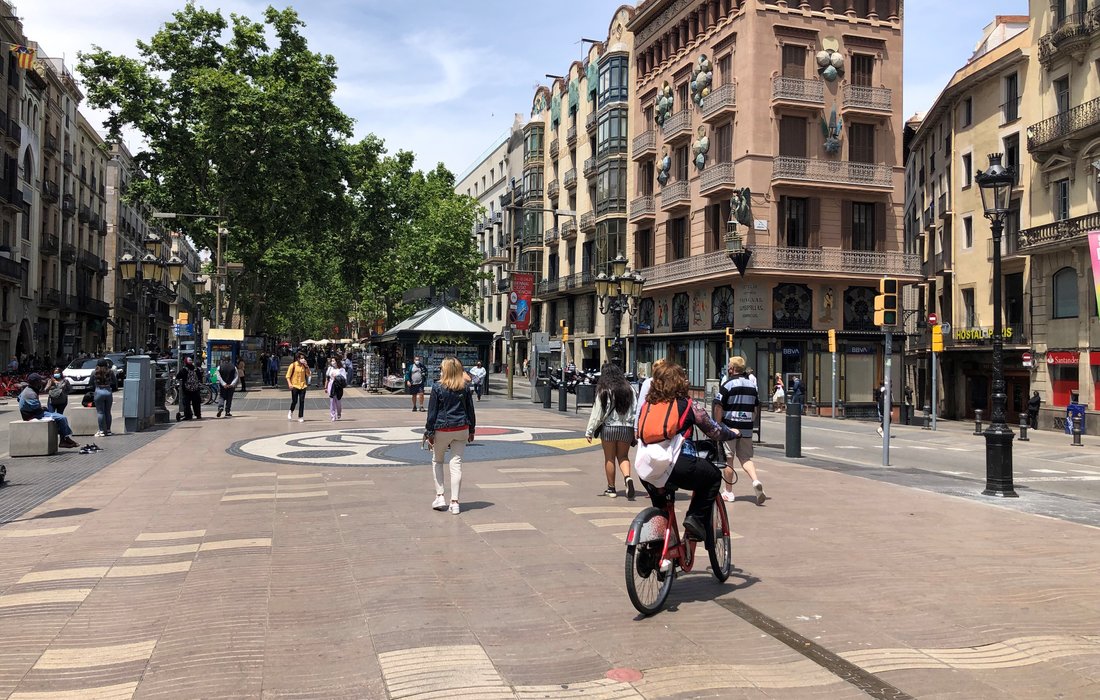 The 15-minute city is a concept that is yet to reach the general public but has long been circulating among urban planning experts and technicians who are more aware of issues such as sustainability and the environment. It's an ambitious initiative that not only aims to change the way we think about our cities but also the habits of their residents. The basic idea behind the concept is that all city residents are able to meet their needs for well-being and daily life, including work and school, within a 15-minute radius of their home.

To discuss the advantages, problems and challenges posed by the initiative, DIPLOCAT and the Barcelona Time Use Initiative for a Healthy Society organised an event entitled "The 15-Minute City and Sustainable Mobility". The event is part of an international series of seminars on municipal best-practices in time policies, which began on the 20th of May. The guest speakers were Alexiane Zelinsky, a technician from the Mobility Agency of Paris City Council's Department of Transport; Francesca Zajczyk, Milan City Council's Equal Opportunities Delegate; and Mariona Conill, an engineer for the Barcelona Metropolitan Area Department for Mobility, Transport and Sustainability.

Alexis Serra, who until just a few days ago was the coordinator of the Government of Catalonia's Office for Time Policy Reform, welcomed the participants. Serra pointed out that policies are needed to respond to society's current process of transformation and that, above all, now is the time "for the local sphere to accept that time policies can guarantee well-being and quality of life for citizens". He also spoke in support of incorporating the time perspective into local policies and defining "a necessary strategy for coordination between the different levels of public administrations".

Next, Eva Garcia Chueca, a senior researcher for the Barcelona Centre for International Affairs (CIDOB) Global Cities programme, went into more detail on the topic in her role as moderator. She argued that the economic crisis, and lately the recent health crisis, necessitate progress in environmental policies and that the pandemic has also forced us to recentre our focus on our local neighbourhood. She praised the 15-minute city initiative because it combines ecology and proximity but warned of its complexity given that it implies drastic changes in our way we live and use our cities.

The first guest to speak was Alexiane Zelinsky, who talked about the strategy being implemented in Paris. The city has set three primary goals: create "breathing spaces" in the densely populated city, with more green areas and urban forests; develop new spaces for coexistence to promote neighbourhood life, and promote local services and economic fabrics. Having launched participatory processes to agree on the best way to achieve these goals, one of the first logical conclusions reached was that long-distance mobility must be reduced in favour of proximity. To evolve from being a "car city" to a "pedestrian city", they're adding bike lanes and restricting vehicle entry in a larger area of the city centre. According to Zelinsky, some of the most difficult challenges to face in the future will involve intangible issues, which by their very nature are the most challenging to overcome because they require changes in mentalities and habits.

Francesca Zajczyk began with a generic reflection on the space-time dimension in cities and then focused on the specific situation in Milan, of which she has first-hand experience. Last year they approved the Milan 2020 Document: Adaptation Strategies, which compiles several proposals for rethinking time policies and mobility. She also outlined a project that promotes using public transport to go to school and one designed to encourage working in the local area as an intermediate solution between telework and working from the office. Zajczyk believes that both the pandemic and the modernisation of the Administration present us with an ideal opportunity to reorganise cities and time use, but she also drew attention to widely-recognised problems, such as inhibitive real estate prices that make it difficult to get on the property ladder.

The third person to speak was Mariona Conill, who, rather than speaking on behalf of a city, spoke on behalf of the wider Metropolitan Area of Barcelona (AMB), which brings together 36 municipalities. The unique position of the AMB gives them a slightly different perspective; while they agree that sustainable mobility must be the backbone of the territory, they intend to scale up the 15-minute city goal to a 45-minute metropolitan goal. Conill outlined several initiatives being developed by the AMB, including a shared bicycle scheme and improved access to public transport. She also agreed that changing the habits of citizens is an essential element and that travel to work and school must be made genuinely sustainable. Another sector where increased awareness is needed, she said, is logistics and deliveries. In her opinion, the major challenge lies in reconciling the frantic pace of globalised cities with the slower pace inherent in an initiative like the 15-minute city.

In the final open discussion, the participants talked about the specific case of older adults, who are often left out of urban planning, and the people who live outside the city but commute there to work. Lastly, they all agreed it would be beneficial to develop an organised city network to exchange best-practices and learnings from any difficulties and challenges encountered while implementing the different projects.