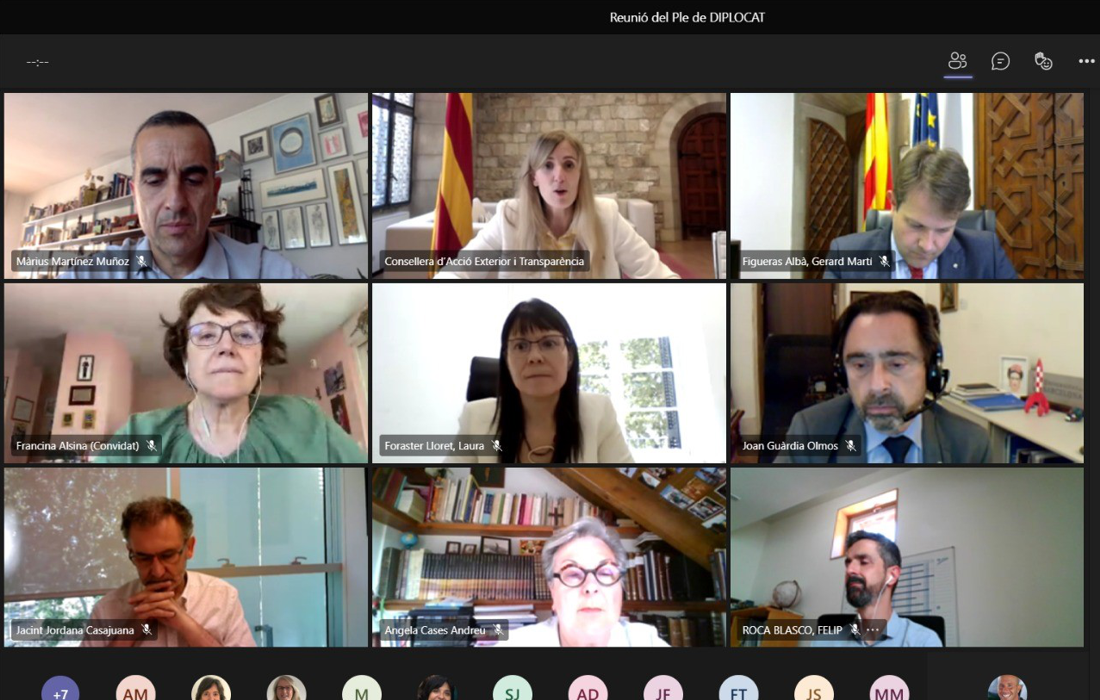 This afternoon, the Plenary of DIPLOCAT met electronically, in a session chaired for the first time by the new Catalan Minister of Foreign Affairs and Open Government, Victòria Alsina. The President of the Catalan government, Pere Aragonès, who is also president of DIPLOCAT's Plenary, has delegated his duties to the Minister on this occasion.

In his welcome words, Alsina referred to the "plurality and transversality" of DIPLOCAT as two of its greatest values. She also referred to the process of amending of the Statutes of the entity, which will soon begin internal processing. The minister ended by praising the work of DIPLOCAT, which she described as "an engine of reputation and international dialogue".

The Plenary approved the renewal of the Advisory Council of DIPLOCAT, made up of people of recognized international prestige. Created in 2016, its members have a four-year renewable term. One of the goals of the renewal was to reduce the number of members to make it more effective. Finally, the DIPLOCAT Advisory Council is made up of 26 people (full list here), with the incorporation of the following people to ensure gender and theme balance:

The Plenary of DIPLOCAT also approved the balance and the accounts of the entity corresponding to last year. The person in charge of presenting them was the secretary general, Laura Foraster i Lloret, who highlighted "the quantity and quality of work done in an extremely complicated year due to the effects of the pandemic". Foraster highlighted some of the actions carried out and outlined them briefly, such as the tools for monitoring Catalonia's presence in international media and social networks; the digital debates; the #BooksAndRoses internationalization campaign for Sant Jordi, with its virtual roses; the scholarship program to expand studies abroad or the different digital publications, gathered in the new Agora DIPLOCAT collection. Finally, the secretary general reviewed the indicators and the final figures of last year's annual accounts. You can consult the complete 2020 balance sheet document here (in Catalan).

The next DIPLOCAT Plenary will take place before the end of the year.