Putting the spotlight on 5G in rural areas 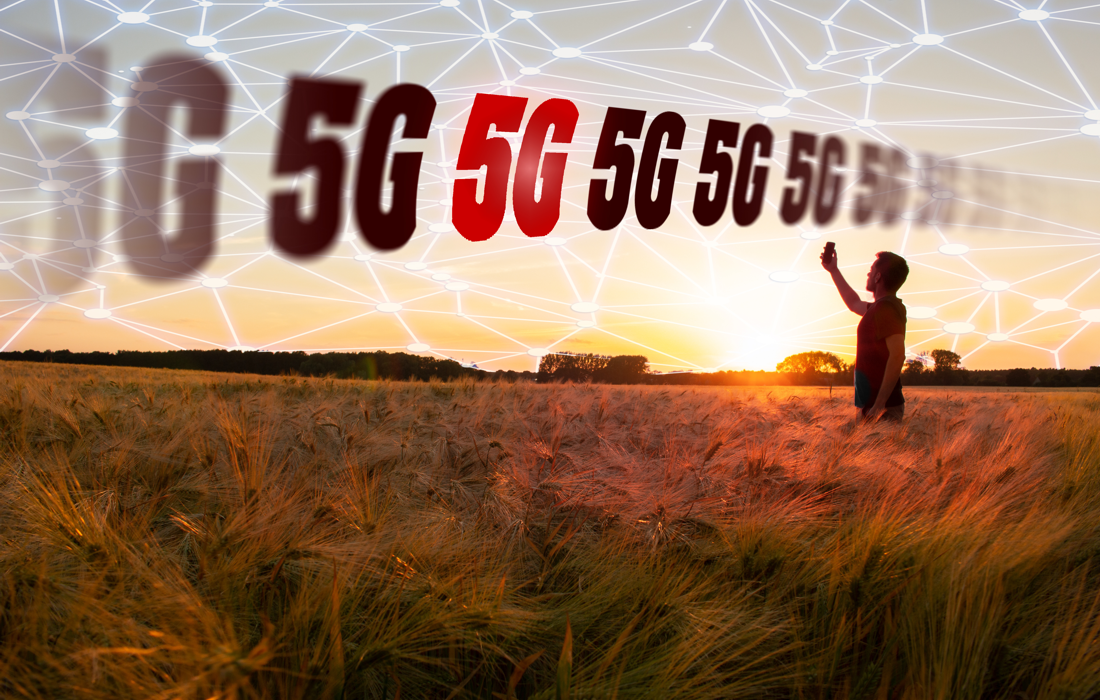 The advent of 5G is one of the most hotly discussed topics in today's tech world. An important challenge to 5G communications is to fill the gap between rural and urban coverage. In spite of this difference, rural areas gather suitable environmental conditions to test this new technological giant and the question is whether these rural areas could take advantage over the urban areas regarding 5G communications.

Laura Foraster i Lloret, Secretary General of DIPLOCAT, welcomed the audience to the debate and stressed the extremely important role of technology in the last few years, especially within COVID-19 pandemic. Foraster defined 5G as the next big phenomenon in technology, which is being mainly tested in rural areas due to environmental circumstances. The main question is whether this leaves room for rural areas to take full advantage of what 5G offers.

Sergi Figuerola, CTIO at Catalonia's I2cat Foundation, described the technological moment we live in as "a moment of change" and alluded to the inexistence of instruments to balance the importance between rural and urban areas for telecom operators. Furthermore, Figuerola mentioned the three main challenges faced in 5G tech: the network cost, the coverage and user's gap, and the generation gap.

Robert Henkel, Senior Policy Advisor at the European Commission's DG Connect gave an overview about Europe's connectivity policy, especially concerning 5G in rural areas and in a post-COVID era. The main objective is to develop a European society with zero distance concerning the internet connection by 2030. Nowadays, the EU's connectivity performance is being consistently developed and increased in order to reach the 2025's target, which is uninterrupted 5G coverage in all urban areas and all major terrestrial transport paths and the 2030's target, which is 5G in all populated areas. As Henkel mentioned, it is not only about a better broadband, but also about a greener and more inclusive Europe. That is why the Next Generation EU Recovery and Resilience Facility reserves 20% of its budget to the digital area.

Xavier Flores, from the Secretariat of Digital Policies at the Catalan Government, talked briefly about the main features of 5G technology and why it is transcendental for the Catalan Government. The key main characteristics of 5G are a wider bandwidth, lower latency and capacity to manage up to one million devices per square kilometre. For these reasons, as Flores explained, the 5G technology and its deployment has become a big priority for the Catalan Government. That is why in 2019 a five-year 5G Strategy of Catalonia was approved and presented to the MWC. This strategy revolves around promotion, infrastructure, innovation, ecosystem, talent and the creation of 5G areas in Catalonia. Flores defined these 5G areas to be territorial fields where the Catalan Government, together with the main area's agents, identify the priority business vertical for each specific 5G area according to its circumstances in order to improve the network's implementation. A result of this creation of 5G areas in Catalonia is CoEbreLab, which was the first 5G area presented in 2020. In this area, the full priorities to identify were rural territories, agricultural and energy and health sectors, in order to design a 5G connectivity and deployment plan. Flores commented that the main obstacle was to agree with big mobile operators to work together towards the 5G deployment in rural areas. Furthermore, budget needed for 5G deployment is also an issue, the Next Generation EU funds being a key to pull forward this initiative.

Marja Matinmikko-Blue, from the Wireless Communications Centre at the University of Oulu, talked about the regulation of the network in the EU and its member states. She explained some of the challenges it poses, underlining the main goal: maximize the efficiency of spectrum use to fit the interests of the society. In 5G technology, two problems were raised. Firstly, the lack of unitary regulation not only within the EU, but also at international levels, which prevents a single rigorous approach. Secondly, the non-profitable deployment of 5G in rural areas for the big mobile companies. However, the concept of shared network areas was brought in: despite many objections back in 2017, feelings have radically changed on these network areas. When it comes to 5G, both local operators models and big mobile network operators should be allowed to deploy their own 5G network.

From Switzerland, Thomas Stemmler, Head of IT Strategy, Network & Infrastructure at Swisscom, exlained the approach of Swisscom to provide 5G to rural areas in the country. Nowadays, the Swiss population is entirely covered by 4G and 96% is covered by 5G, mainly the 2100 and 700 band. This high level of network coverage is due to private competition, as this tech has not received any public investment. However, the Swiss Federation owns Swisscom on its 50.1%. Therefore, the goals of the company are aligned somehow with the government: one of them is to avoid digital divide between urban and rural areas as 7% to 10% of the Swiss population is living in the latter. Stemmler presented the Swiss regulation in this field mentioning, for instance, the universal service obligation for broadband that they have and reinforced the importance to reach the rural areas in this post-COVID era as the number of people using it has increased highly.