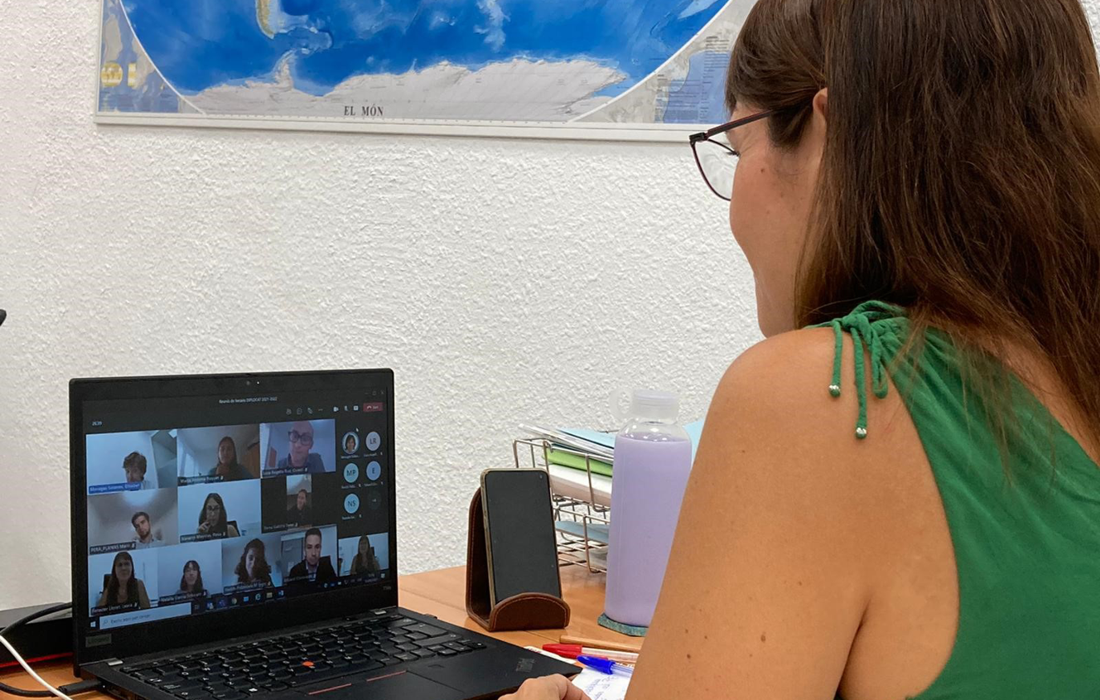 Coinciding with the beginning of the academic year, DIPLOCAT has organized an online meeting with the four male and four female students who this year have obtained a scholarship to conduct international and Euro-Mediterranean postgraduate studies abroad. Laura Foraster i Lloret, Secretary General of DIPLOCAT, has taken the opportunity to congratulate them and wish them luck and success.

Some of the students who have already started classes have explained that they are mostly done in the classroom and they don't have to wear a mask, as a sign of a certain return to normality. The Secretariat of the DIPLOCAT Scholarship programme has also used the opportunity to discuss some practical issues with the students.

The DIPLOCAT Scholarship programme for postgraduate studies was created in 1982 with the goal of training professionals specialising in public diplomacy, international relations, Euro-Mediterranean policy and European integration, who in the future will help position Catalonia in the world.