One in five Europeans is facing poverty or social exclusion 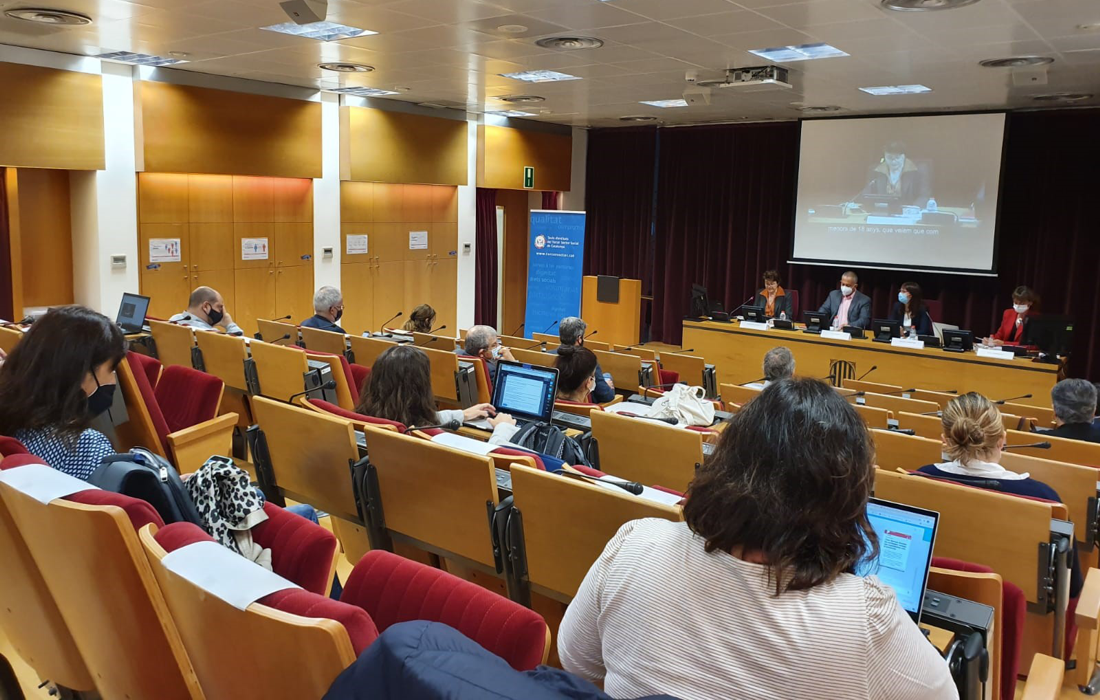 On the eve of the International Day for the Eradication of Poverty, the Group of Entities of the Voluntary Sector of Catalonia and DIPLOCAT have organized a debate on Guaranteed Minimum Income, a key policy for reducing poverty levels aggravated by the pandemic

The Group of Entities of the Voluntary Sector of Catalonia and DIPLOCAT, in collaboration with the Faculty of Social Education and Social Work of the Pere Tarrés Foundation - Ramon Llull University and the CTESC (The Labour, Economic and Social Council of Catalonia) have organized a new debate with the Social Europe cycle which, in this second edition, has focused on Guaranteed Minimum Income from a European perspective. These are policies which provide for minimum living standards and are key to reducing poverty levels which were chronic before the pandemic but, with Covid, has worsened.

21% of the European population is at risk of poverty or social exclusion (92.4 million people), according to the latest Eurostat data: (Living conditions in Europe, poverty and social exclusion in October 2020). Poverty affects women more than men (22% women vs. 20% men), in single-parent households (2 out of 5 are poor, 40%) and young people aged 18 to 24 (27%). In Spain and Catalonia, the at-risk-of-poverty and social exclusion rate is 26%. It is estimated that in the state, there are 4.5 million people (9.5% of the population) living in severe poverty, that is, who survive on less than 535€ a month to cover all needs, such as housing, food, clothing, energy, etc. (EAPN ES 'The Map of Severe Poverty in Spain'. September, 2021). In Catalonia, the at-risk-of-poverty and social exclusion rate is 26% (more than 1,600,000 people), the worst poverty figures in the last 10 years, of which, about 850,000 would be in a situation of severe poverty (Living Conditions Survey. IDESCAT, 2021).

Full video (in Catalan and English):

The president of the CTESC, Toni Mora, welcomed participants and then the general secretary of DIPLOCAT, Laura Foraster, spoke about the noble goal of eradicating poverty and denounced the paradox that "in a world with a high degree of economic development, financial and technological resources, unfortunately there are still thousands of people living in poverty within the Europe's borders". She also noted that this affects not only people excluded from the labour market, but also workers "who carry out their professional activities in precarious conditions, which do not allow them to get out of the circle of poverty."

The president of the Group of Entities of the Voluntary Sector of Catalonia, Francina Alsina, reported that the poverty data in Catalonia is "the worst of the last 10 years" because "the social policies that have been applied in this last decade have not worked. The system of protection and social rights is not sufficient and does not have enough strength to deal with the serious ravages of the current social crisis." In this sense, she called for "a good review of all the tools and measures that have been developed in the last decade to see why they are still stuck" and recalled that it is also necessary "to examine what other European territories are doing when dealing with this challenge [that of poverty reduction], because this is a global issue".

She was followed by Professor Manuel Aguilar, from the School of Social Work of the University of Barcelona, who explained the various mechanisms used by states to establish a guaranteed minimum income for citizens. Next, Professor Giovanni Gallo, from Sapienza University in Rome, spoke about the steps and priorities taken by the EU to ensure minimum income and the adequacy of minimum wages in EU member states.

The second half of the debate focused on best practices in Europe, considering the experiences of Finland, Germany, Scotland and Catalonia, which, through various systems, are seeking to ensure the minimum resources needed for people with more difficulties in covering their most basic needs and achieving a dignified life.