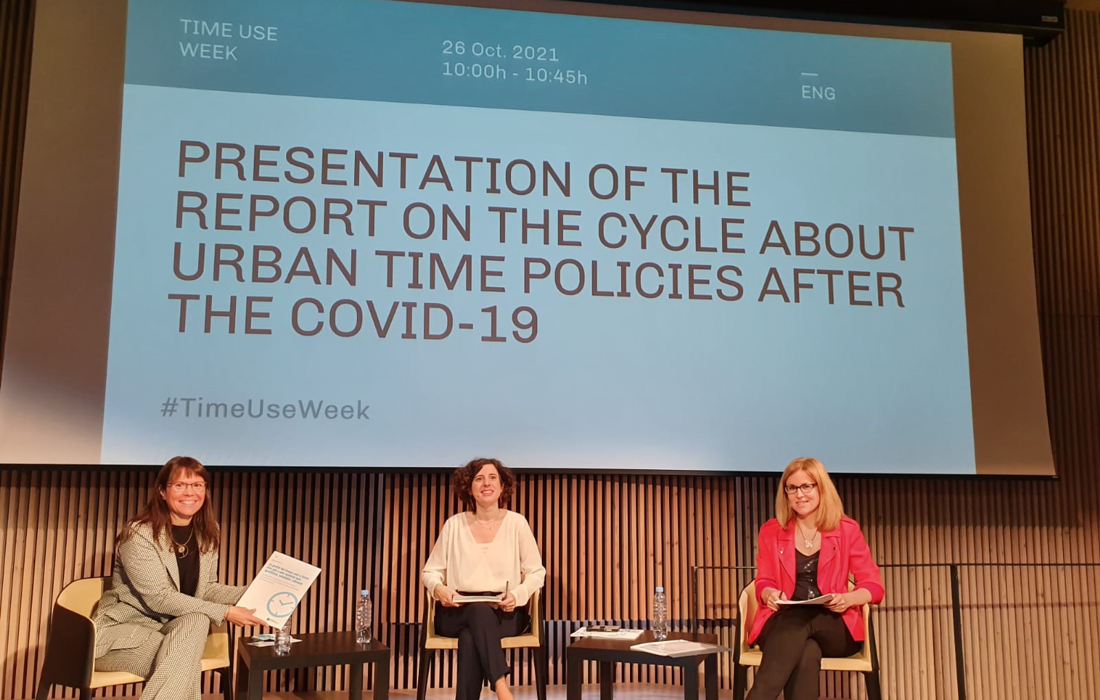 Hosted jointly with the Barcelona Time Use Initiatives, the presentation took place in the framework of Time Use Week

This morning the Recinte Modernista de Sant Pau in Barcelona was the stage for the launch of the document with the contributions to, and conclusions from, a cycle of three international debates organised by DIPLOCAT and the Barcelona Time Use Initiative for a Healthy Society (BTUI) in May and June. The event was part of Time Use Week that runs throughout the week. More specifically, it was part of a local government event for the exchange of good practice in local and regional policy taking place today attended by DIPLOCAT. 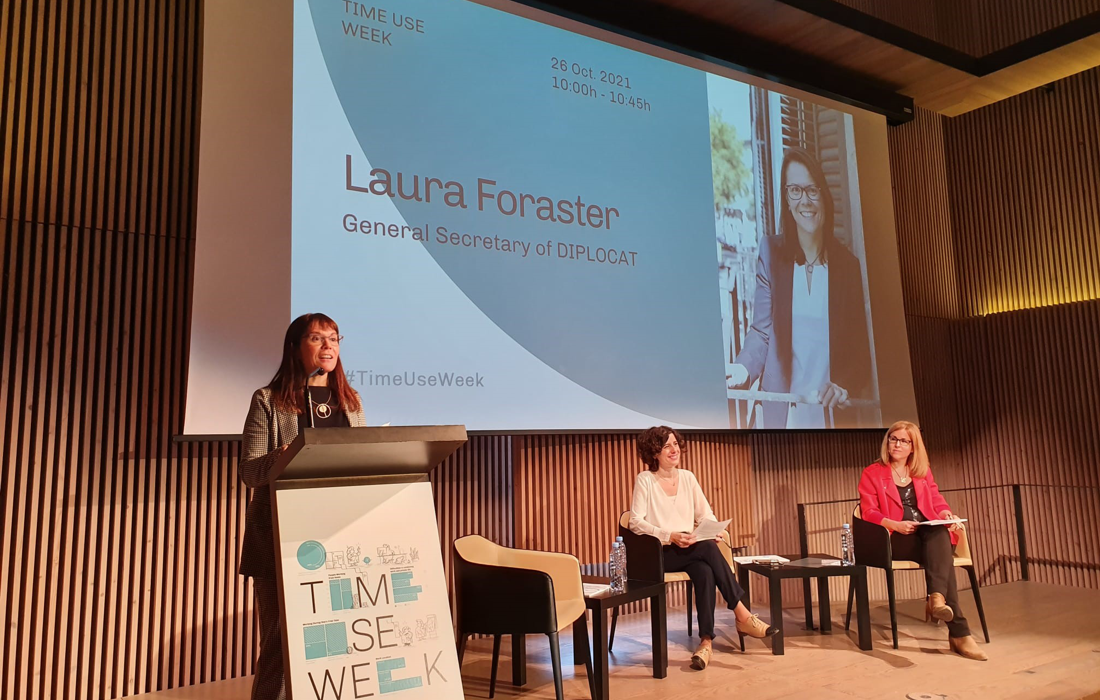 In her contribution, Laura Foraster i Lloret, Secretary General of DIPLOCAT, celebrated the fact that over the last few years the issue of the use of time has become part of the public conversation and been added to the agenda of the majority of public institutions; she recalled "the pioneering work of local government, that has historically been at the forefront of the implementation of time use policies." She explained that "DIPLOCAT shares the common objective of introducing timetables that bring us into line with the rest of Europe and make our schedules more reasonable and healthier, with more time for ourselves, saving time and using it more efficiently."

Foraster referred to what is happening in Europe and the current debate around new ways of organising and regulating working time, particularly with the rise of remote working in the pandemic. She also referred to discussions around issues like digital disconnection and the four-day working week, issues that are very much part of the agenda of Time Use Week.

Ariadna Güell, co-coordinator of the Barcelona Time Use Initiative for a Healthy Society, and Eva Garcia Chueca, senior researcher in the Global Cities programme at CIDOB, who moderated the cycle of debates, were also at the event. For Güell, the noteworthy takeaways from the debates were: the need for raising public awareness and encouraging grass-roots involvement in any changes to the way time is organised; the role of pilot schemes and assessment of the impact of any measures that are implemented, so as to adapt policies to actual circumstances and determine whether or not they work.

The principal conclusions set out in the document include:

Relevant to that last point, it should be noted that the cycle of debates organised by DIPLOCAT and BTUI was an occasion to relaunch and extend the network of cities that are alive to these issues in Europe and beyond. At today's local government meeting in Barcelona, it is planned to formally revive the Local and Regional Network of Authorities for Time-Use Policies. The meeting will be attended by town halls from all round Catalonia and Europe, including Barcelona, Terrassa, Girona, Lleida, Strasbourg, Rennes, Milan and Bolzano.