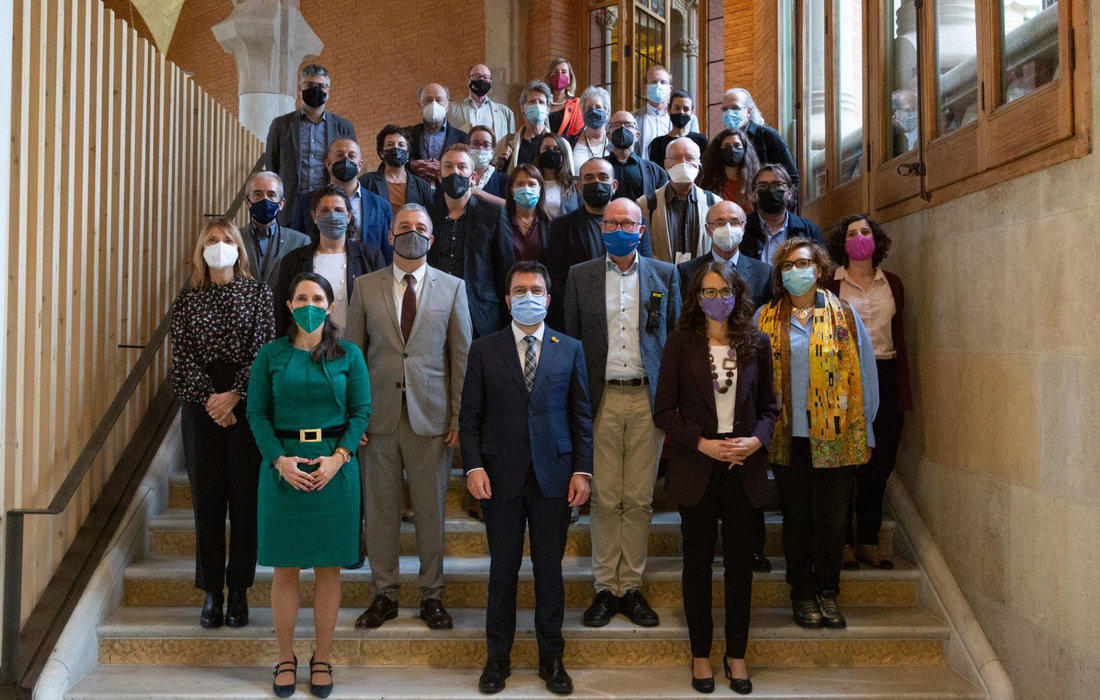 The Barcelona Declaration on Time Policies was signed this afternoon in Barcelona. This is the first international political declaration on time policies, signed by the world's leading institutions, organizations and research centers, which calls for the recognition of the right to dispose of time as a citizenship right. The Barcelona Declaration also sets out a 2022-2024 roadmap to get the EU to include specific recommendations on the matter and to formalize the Local and Regional Time Agenda.

The signing ceremony was headed by the President of the Catalan government, Pere Aragonès. DIPLOCAT, which is one of the signatory entities, was represented by its Secretary General, Laura Foraster.

DIPLOCAT and the Barcelona Time Use Initiative for a Healthy Society (BTUI) organized a series of round tables on time policies with international experts in May and June. Just last Tuesday, a document was presented with the contributions and conclusions of this cycle. Foraster explained that "DIPLOCAT joins the common goal of promoting time changes that homologate us to the rest of Europe, in order to achieve more rational and healthy schedules and thus enjoy more time, save and make more efficient use of it ".