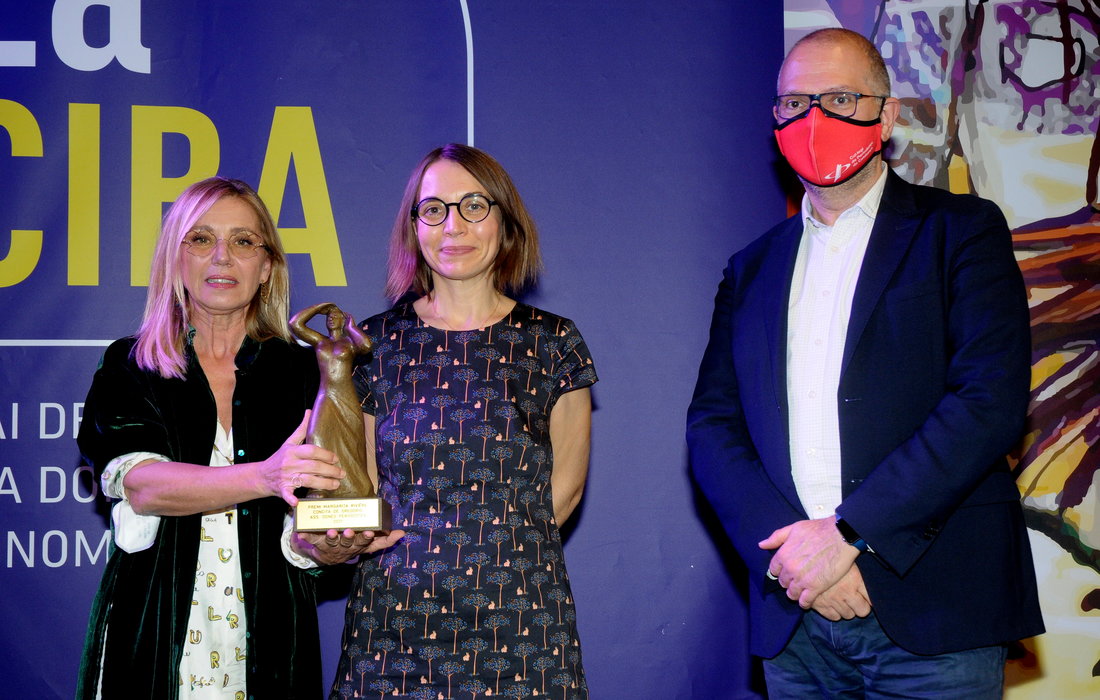 The 7th edition of the Margarita Rivière Prize took place yesterday, Wednesday 17 November, at the CIBA Women's Resource Center in Santa Coloma de Gramenet, near Barcelona, in an event organized by the Catalan Association of Women Journalists (ADPC) with the collaboration of DIPLOCAT. During the evening, the ADPC also presented the 2021 Non-Sexist Communication Awards.

Concita De Gregorio Borràs is an Italian journalist and writer with a long career in local newspapers and radio stations. As her last family name indicates, she has Catalan roots, and in fact she grew up in Barcelona. But her journalistic career, which earned her the ADPC award, took place in Italy, where she currently works as a columnist for the newspaper La Repubblica and at the television program "In onda" at La 7.

The award recognizes the journalistic excellence of Concita de Gregorio, a rigorous and independent professional who has always stood out for her gender vision, for defending the labor rights of women journalists and for including the female perspective in the Italian communicative agenda.