Diversity maintains the creative capacity of the human race 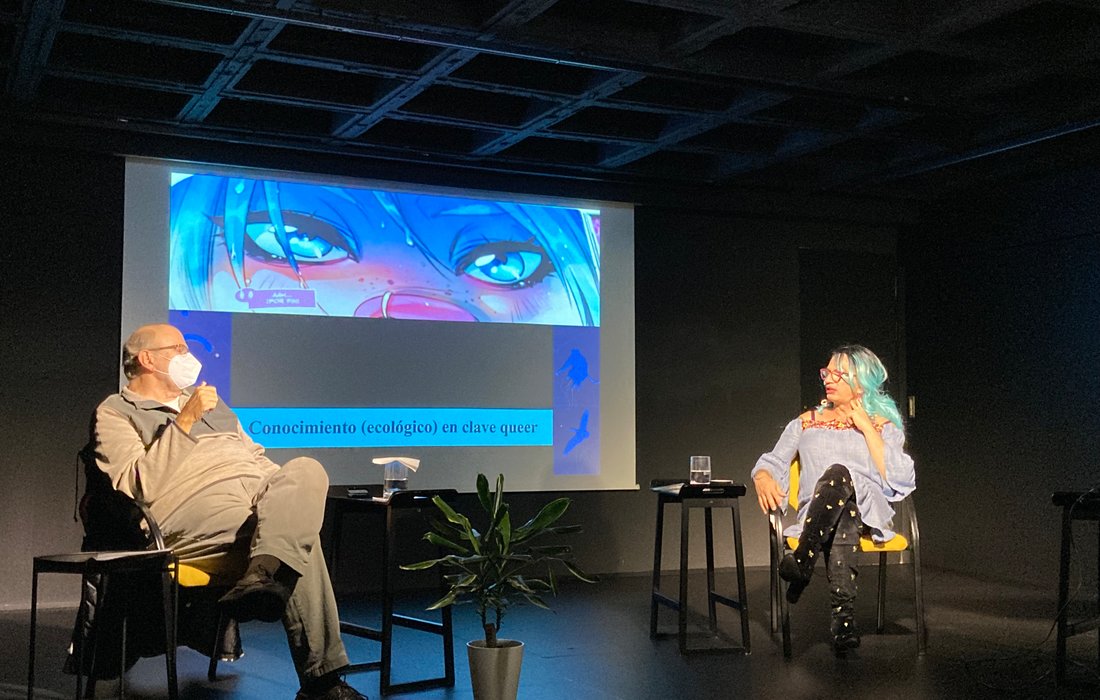 The sixth debate in the cycle Women Scientists for the Environment, organised by Casa Amèrica Catalunya with the collaboration of DIPLOCAT, addressed the question of biodiversity and the need to go beyond the dominant view of a dual, heterosexual world towards a more open concept that recognises the diversity of our planet and of all the living beings that inhabit it. The cycle, which will come to an end in April 2022, has included a series of debates with prominent female scientists from Latin America and Catalan researchers concerning the major issues that will form the basis for scientific research for the preservation of our planet and human existence, such as the pandemic, climate issues, water, biodiversity and the world's mountains.

On this occasion, Colombian doctor in biology Brigitte Baptiste, the creator of the concept of queer ecology and a prominent campaigner for transsexual rights, and the journalist and university lecturer specialising in scientific communication, Vladimir de Semir, conducted a debate on the subject of this new term, which establishes a different perspective to describe and understand the diversity and complexity of existing species, and a natural world open to a progressive interpretation and observed from less conventional viewpoints.  De Semir started the dialogue by referring to the fiascos of the most recent climate summits, in which very little progress had been made since the Rio de Janeiro Declaration, which had taken place thirty years ago. While recognising that progress has been made in terms of public awareness and at a political level, he declared himself to be a pessimistic realist, which he defined as nothing less than an optimist with experience, given that we don't take action and don't face the challenges before us.  Baptiste rejected this argument, declaring that a profession of faith was required and that, despite the fact that the same old discussions continued without changing, things were now happening that give rise to optimism.

With regard to the concept of queer ecology, Baptiste pointed out that we refer to sex and gender as though they were the same thing, which gives us a dual vision and a biological determinism that we then transpose to our behaviour, culture and politics, thus deciding what is natural and what is not. Taking the example of a bee that is a gynandromorph (both male and female at the same time) and of the national tree of Colombia, the Quindío wax palm, which can be defined as transsexual because it changes sex, Baptiste declared that "nature is diverse and innovates in its sexual practices in an adaptative manner", which was the basis for her optimistic and positive vision of the natural world. In her opinion, "naturalising behaviour does not work, since biodiversity operates through predatory relationships and relationships based on symbiosis. It is this diversity that constructs solutions and maintains the creativity of the human race." She also defended the need to seek solutions that will enable us to intervene in a positive way in a world in which up to now we have often intervened in a negative sense.

De Semir wondered whether Baptiste's optimism was based on the idea that the natural world would adapt to future changes. Baptiste affirmed that she was convinced that the planet will be able to adapt and that the essential problem was that the current ecological interpretation of the planet contains a strong aesthetic element and that we are afraid to imagine ourselves as being very different from the way we are now.  In Baptiste's opinion, we currently enjoy a highly effective scientific approach, but the predominantly masculine biology and ecology of the 20th century are still too influential, which is why a queer perspective is so important. At this point, De Semir recognised that his grandchildren, and all the new generations, are teaching him a new vision of the world and of people in general, and that they have given him a more open mind and a change of mentality.

Finally, Baptiste also questioned the global responses to global problems, because such approaches can in fact have a negative effect on the diversity that we claim we wish to defend. He also declared that while on the one hand the technology associated with climate change increases inequality, given that being able to access such technology depends on the economic level of each geographical area, this same technology will also be vital for combating climate change successfully. The biggest problem with biodiversity is not accepting it, but controlling it, from the Colombian biologist's perspective: "Since each element can live in the world without entering into conflict with the other elements, this is the challenge. Simplicity is easier to control, but we need to learn to control and to live with complexity."

The Women Scientists for the Environment debate cycle puts the spotlight on female scientists who stand out for their perseverance and success in different areas of research into the natural world. It features women who have become a point of reference in their field, who have created a school of approach, made a significant scientific discovery, had their work published in highly regarded scientific journals or won international awards. The closing session of the cycle will feature the Ecuadorian conservationist Yolanda Kakabadse, the promoter of the Declaration for Environmental Sustainability in Latin America, and the Catalan scientific researcher David Bueno.