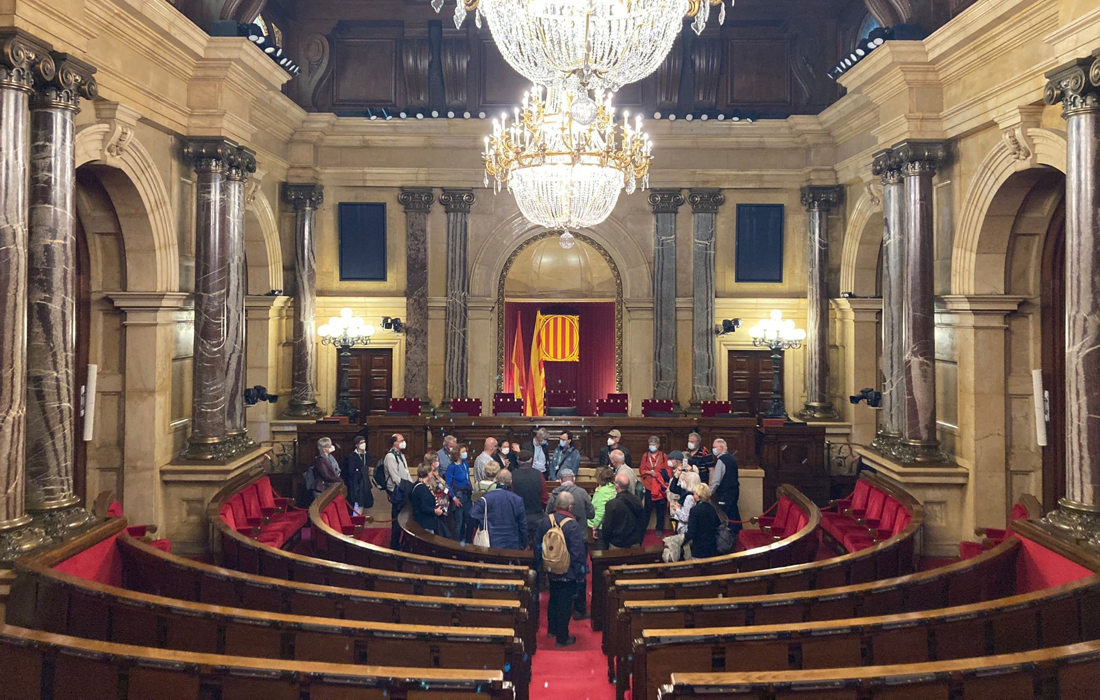 Three groups from Germany have visited Catalonia in November to get a first-hand experience of this territory. DIPLOCAT has helped in the organization of these trips by setting up visits to places such as the Parliament of Catalonia and the Harbour of Barcelona and meetings with political representatives or the German Chamber of Commerce in Barcelona, ​​among others. In addition, the director of Communication and Press of DIPLOCAT, Martí Estruch Axmacher, gave talks to all three groups.

The first group was part of the Deutschland und Europapolitisches Bildungswerk (DEPB) in Bonn, an organization dedicated to political education for adults, while the second and third came from the Lohmar Institute for Continuing Education. Political study trips are a long-standing form of job training in Germany and an option that many companies and institutions offer to their employees.