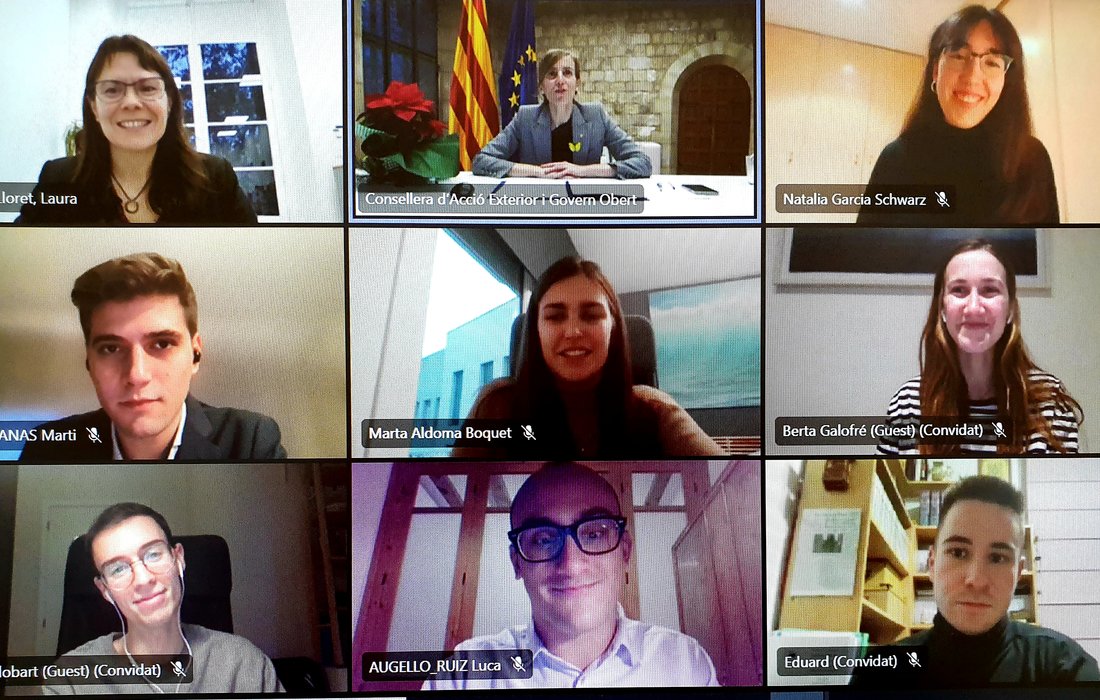 The eight beneficiaries of the DIPLOCAT scholarship program who are currently studying master's degrees abroad have had the opportunity today to talk about their experience with the Catalan Minister of Foreign Action and Open Government, Victòria Alsina. The students began their master's studies last September and took advantage of the Christmas break to take stock.

The meeting was telematic given the health circumstances. The fellows agreed that they valued the experience very positively, both personally and academically. For her part, the Minister emphasized the importance of having well-trained professionals in the field of international relations in Catalonia.

The Secretary General of DIPLOCAT, Laura Foraster, highlighted the training work carried out by the consortium, both with the scholarship program and through specialized courses. DIPLOCAT has been awarding scholarships for 38 years, and during these years 302 students have benefited from the grants and have had the opportunity to expand their studies in an international environment.

The DIPLOCAT scholarship program allows the training of specialists in matters relating to the European Union and international relations, so that Catalonia has professionals prepared to develop an active role in Catalan institutions, companies and entities with global projection.