Meeting with American students at the University of Girona 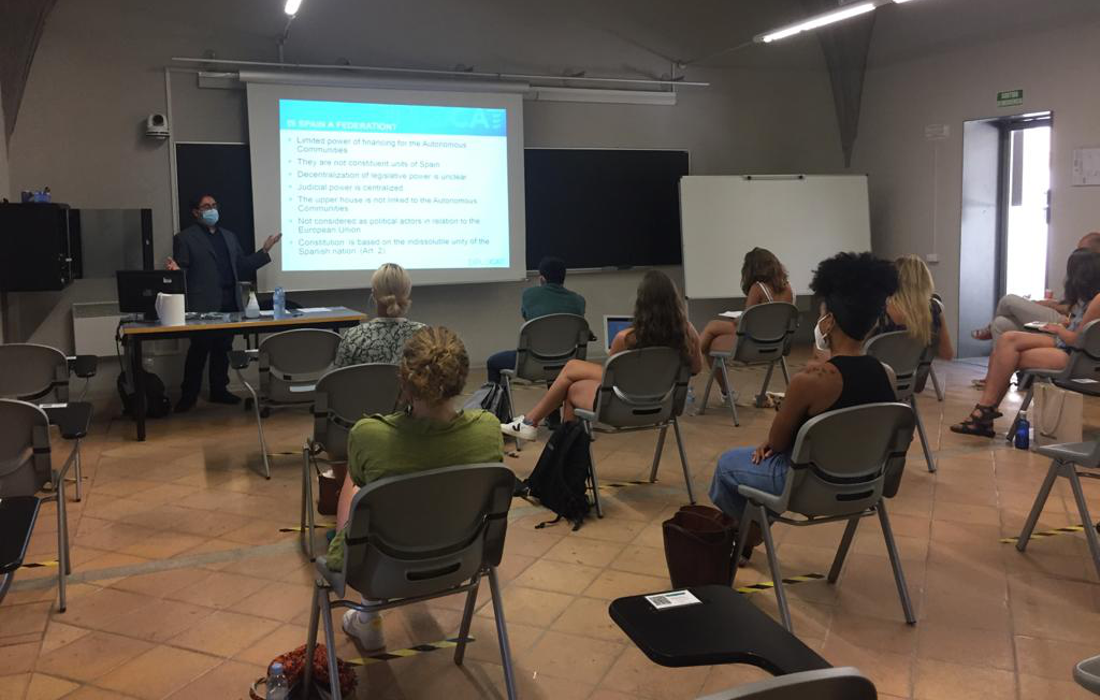 DIPLOCAT project manager Jordi Arrufat was in Girona today to talk about Catalonia's foreign action to a group of American political science and international relations students. Those students come from different universities in the United States and are visiting Europe as part of a program organized by the School for International Training (SIT), focused on international studies and multilateral diplomacy.

Arrufat welcomed them to Catalonia and told them about the country's economic and cultural assets. The meeting took place at the Faculty of Arts of the University of Girona (UdG), which acts as a local partner of the organizers. The UdG is a member of DIPLOCAT, as are the other Catalan universities.