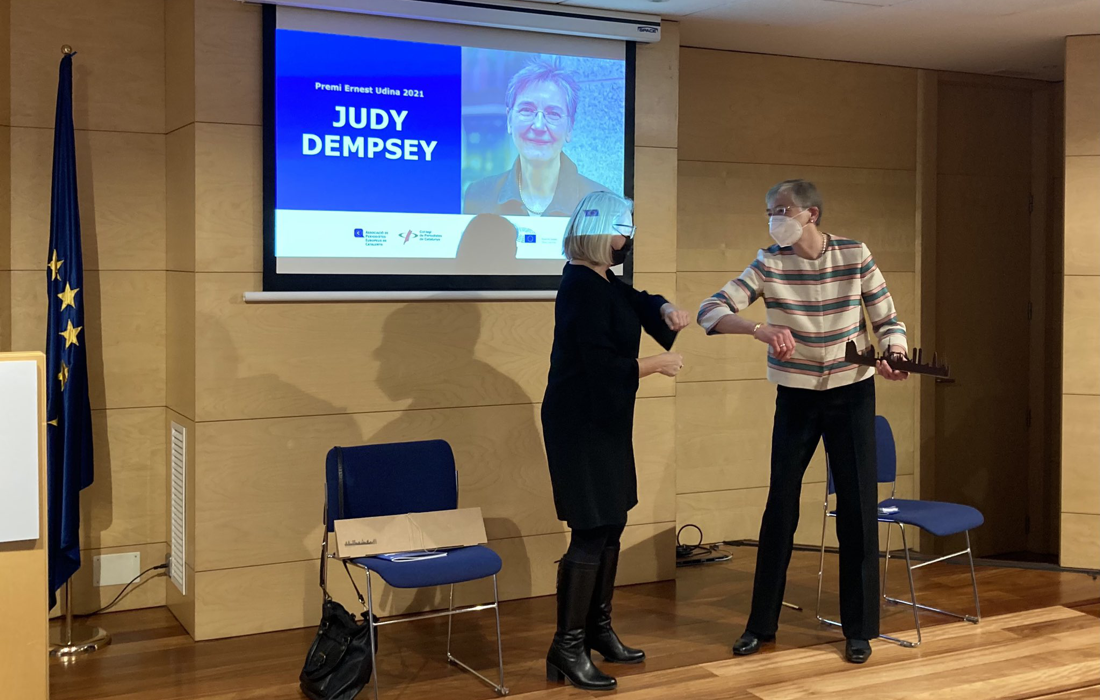 The European Journalist Association in Catalonia has organized a face-to-face event, with the collaboration of DIPLOCAT

The Ernest Udina Career Award 2021 from the European Journalist Association in Catalonia (APEC) was handed today in Barcelona to Judy Dempsey (Dublin, 1956), a specialist in European affairs with a long career in media such as the Financial Times, The Economist and the International Herald Tribune. From the 1980s to 2013, Dempsey has reported on the Balkan Wars, the EU enlargement, the arrival of the euro, the aftermath of 9/11 and the political evolution of Germany, from Helmut Kohl to Angela Merkel.

The jury of the award has valued "the capacity for analysis and didactic vocation of a journalist always at the front line of international journalism, who has covered the main chapters of the recent history of the EU with the broad perspective of working between Brussels and Berlin. The jury also appreciated that this year marks the 10th anniversary of the Strategic Europe blog, hosted on the website of the Carnegie Europe think tank, which, under Dempsey's direction, "is a key tool for taking the pulse of the EU".

Besides DIPLOCAT, the Ernest Udina Award has the support of the Association of Journalists of Catalonia, the Office of the European Parliament and the Representation of the European Commission in Barcelona, ​​the Catalan Ministry of Foreign Action and Open Government and Barcelona's City Council.