No EU green transition without commitment to multilevel governance 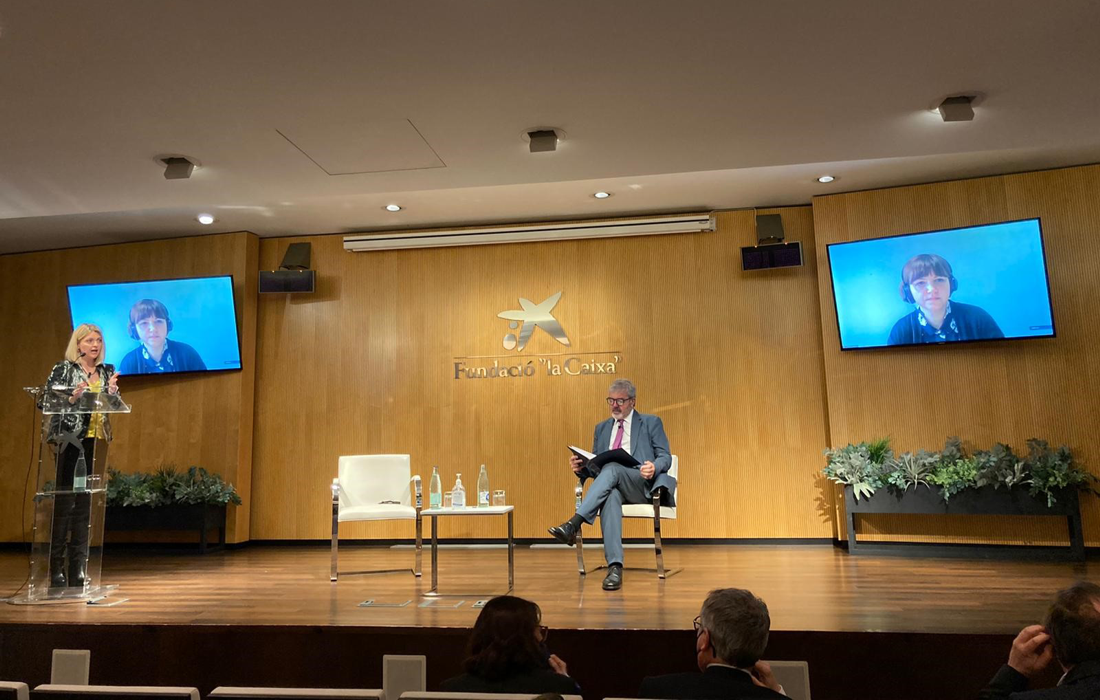 DIPLOCAT and the Delegation of the Government of Catalonia to the European Union have organised a conference on multilevel governance as a tool for a successful green transition. The event was held at the Palau Macaya in Barcelona and was conducted by the journalist Ruth Gumbau. The conference was part of the sessions included in the Conference on the Future of Europe (CoFoE), the public forum organised by the European Union to encourage citizens to participate in the debate on the priorities and the key challenges of Europe. The purpose of the conference was to assess multilevel governance in the EU framework based on the analysis and study of the specific case of one of the most urgent and current reports, which is the green transition.

The Director General of the Institutional Representation of the Government Abroad and of the European Union, Gerard Vives, welcomed the participants and explained that multilevel governance is one of the goals of interest in the Government's policy. He has also said that the future of the European project depends on an effective application of this governance and the ability to get citizens involved. In this sense, he has been critical of the fact that the Next Generation funds of the EU only recognise the dialogue of the States and not that of the sub-state authorities, remembering that Spain gives little respect to the principle of subsidiarity. Vives also underlined the Government's commitment to the European Green Deal, which he has described as an ambitious and necessary challenge. 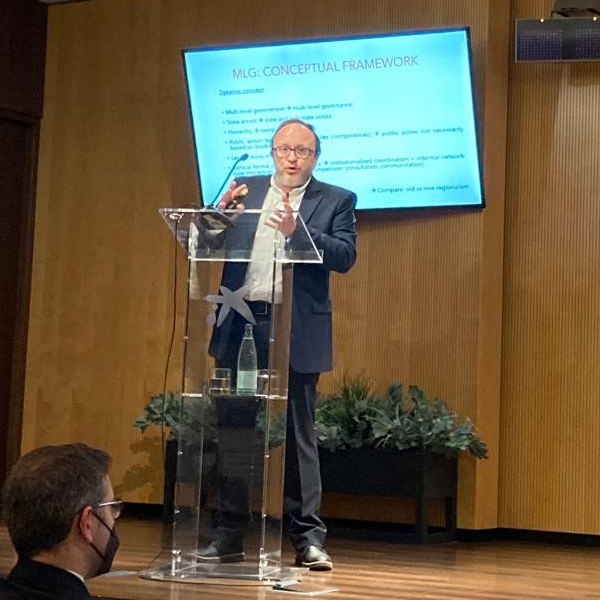 The director of the United Nations University Institute on Comparative Regional Integration Studies (UNU-CRIS), Philippe De Lombaerde, gave the central presentation: "With different levels of governance, they can work together to address the most urgent issues in the EU." De Lombaerde explained that multilevel governance is a dynamic concept, closely linked to the principle of subsidiarity, which implies the action of the Union, the member states and the regional and local bodies, based on the association and aimed at developing and applying EU policies. De Lombaerde reviewed the 51 recommendations made by the CoFoE on climate change, the environment and health, and found that there were few references to multilevel governance. Yes, there are references to citizen participation, but this is not the same thing. Bearing in mind that the climatic challenges require coherent policies at all levels, multilevel governance is essential. Lombaerde finished his speech asking about the impact of the CoFoE and pointed out that it could come to an end due to a reform of the Treaty on European Union or end with a EU of two speeds.

Subsequently, the roundtable "Multilevel Governance: it's time to get to work" has begun, which included the participation of Tsvetelina Natcheva, deputy head of the Unit for Governance, planning and climate integration of the European Commission; Gianluca Spinaci, assessor of the European Committee of the Regions; Gorka Knörr Borràs, Representative of the Government of Catalonia to the European Union; and Maciej Sytek, representative of the Polish region of Wielkopolska.

On the one hand, Natcheva has said that the European Commission will always present the different actors when it comes to making decisions, while when it comes to implementing them there are areas, such as agriculture and transport, in which the States are the main recipients. She presented the Horitzó Europa initiative, also in the climate field, as an example of the local and regional involvement of the missions. In addition, the Commission is fully aware that climate neutrality is impossible to achieve without the active participation of citizens and the mobilisation of these efforts, especially from the local level.

On the other hand, Gianluca Spinaci, from the European Committee of the Regions, reiterated the importance of this topic for the future of the EU that urged the community to make a commitment to involve the citizens and the different levels of administration, from top to bottom. It is crucial for such that these feel part of the European project. He noted that the EU is made up of states with very different governmental and administrative structures that must be involved and form part of the European decision-making process. This has been the case in most of the projects that have been deployed in relation to the green transition to the Alps or the Mediterranean, participating in different states, regions, cities and civil organisations in the region. In this sense, he concluded that the European Committee of the Regions must serve as a facilitator in order for this multilevel governance to be effective and said it is necessary to look further and seek the role and the appropriate tools to ensure that the regions and the cities form a real part of the decision-making processes for the green transition in Europe.

Maciej Sytek, from the Polish region of Wielkopolska, emphasised that the multilevel governance applied to the green transition can be a tool to build a new identity based on new ways to overcome the challenges of a fair transition.  In this sense, Eastern Wielkopolska has set ambitious goals for climate neutrality and its implementation. To achieve these goals, the region counts on the participation of intermediate territorial units, located between the local level and the state level, as well as different entities that act at a national and international level, to promote multi-level governance, without forgetting about the importance of broad social participation. It is a way of exchanging good practices while being more effective and efficient in the overcoming of challenges, although this sometimes implies that the regions have to swim against the current.

Finally, Gorka Knörr Borràs, Representative of the Government of Catalonia to the European Union, started saying that multilevel governance is often talked about, but rarely put into practice. In this sense, he insisted that Catalonia has always wanted to be part of this governance, but the roads are closed. As an example, he noted that only the 7.4% of the New Generation funds that belong to Spain will be given to Catalonia, which is equivalent to less than half of its GDP. For this reason, he demanded that the European Commission really consult with the regional authorities and make their mechanisms more flexible to adapt to the situation. Furthermore, multilevel governance is a concept installed at the institutional level of the EU, but it requires real involvement from the States. According to Knörr, some of them, such as Spain, are reluctant to decentralisation. In this regard, he presented the Catalan legislation on climate change as an example, which was systematically appealed by the Spanish government. Finally, Knörr agreed with Spinaci that regional data should be integrated into Eurostat, the statistical office of the European Commission.

The General Secretary of DIPLOCAT, Laura Foraster i Lloret, brought the session to a close, first summarising the messages of the participants. She has also affirmed that the European strategy aimed at sustainable development will only work if there is an effective governance that can develop and apply the necessary measures to accomplish this necessary green revolution. According to Foraster, effective governance, in the current Europe and in the future Europe that we are all trying to create with projects like CoFoE, can only be multilevel governance, a networked governance with shared responsibilities.