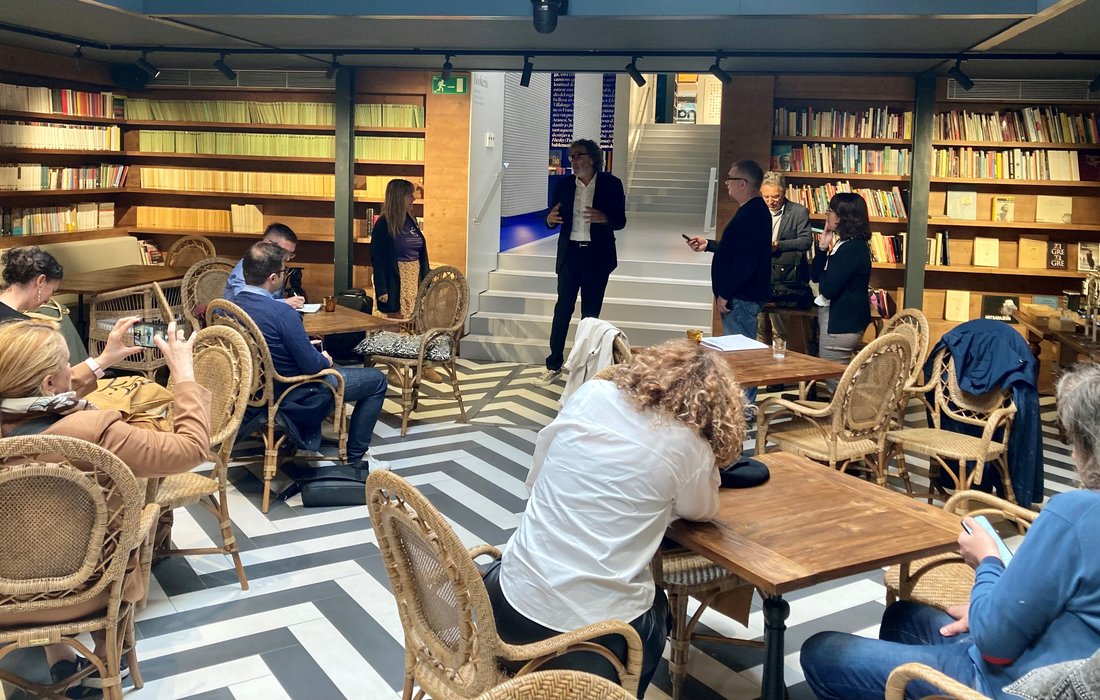 DIPLOCAT has invited a group made up of reporters from Germany, Croatia, Slovenia, Morocco, Norway, Poland and Tunisia

For several years, DIPLOCAT has been inviting foreign journalists to see and experience the atmosphere of Catalonia's Day of Books and Roses in order to make this event better known around the world and in parallel with the internationalization campaign identified with the hashtag #BooksAndRoses. After two editions in which this program of international visitors was inactive due to the health crisis, this year a delegation of journalists from Germany, Croatia, Slovenia, Morocco, Norway, Poland and Tunisia came again to Catalonia on 23 April.

During their stay in Barcelona, journalists have met with Catalan writers, with officials from the Institut Ramon Llull, with the director of the Institution of Catalan Literature, Izaskun Arretxe, and with the general secretary of DIPLOCAT, Laura Foraster. They have also visited bookstores and cultural entities such as the Ateneu Barcelonès, and attended the semi-finals of the Champions League for women's football at the Camp Nou. Finally, on the same day of Sant Jordi, they were received by the Catalan Minister of Foreign Affairs and Open Government, Victòria Alsina.

After walking around Barcelona surrounded by books and roses, the journalists were impressed by the dimensions of this tradition and its cultural and civic dimension, and agreed that it would be impossible to organize a similar event in their countries.