In Catalonia, Europeanism has long won over Euroscepticism 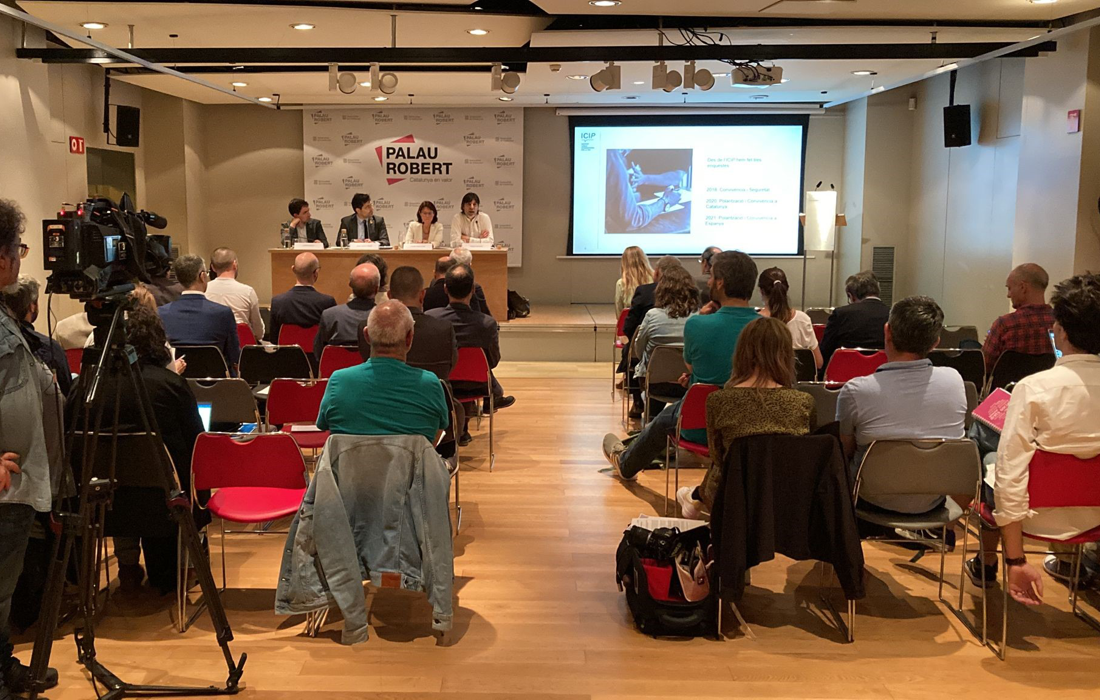 In recent years, when Catalonia has spoken about Europe on open social networks, basically on Twitter, it has focused on three major issues: self-determination, justice and the economy. Most of the messages (90%) were neutral, but if we look at the rest, the so-called "polarized conversation", we see that 88% can be described as "Europeanist" and only 12% as "Eurosceptic". According to Laura Foraster i Lloret, the Secretary-General of DIPLOCAT, "this is a very positive finding, which agrees with the long tradition of Catalonia in this regard".

This is one of the main conclusions of the report, "What is Catalonia talking about when it talks about Europe?", commissioned by DIPLOCAT from the Nethodology company, in the framework of the Conference on the Future of Europe (CoFoE). The study analysed original conversations in Catalonia in Catalan, Spanish and English over two clearly different periods of time: the presidency of Jean Claude Juncker (November 2014 - November 2019) and the presidency of Ursula von der Leyen (December 2019 - November 2021).

A total of 4.02 million mentions of Europe were analysed, 2.60M from the first period and 1.42M from the second. A total of 157,000 unique authors have been detected, reaching a potential audience of 6.918 million people. The tone for the majority of the messages is neutral, but the negatives outweigh the positives (net sentiment: -14).

In terms of attitudes towards various European leaders, the study shows a significant bias towards Europeanism and positive conversation concerning the recently transferred David Sassoli, while Josep Borell is the European politician who generates the most conversation, albeit with a considerably negative tone.

The report was presented this afternoon at a joint event celebrated between DIPLOCAT, the Centre for Opinion Studies (CEO) and the Catalan International Institute for Peace (ICIP), presented by Joan Maria Piqué, Director General for Foresight and Innovation in Foreign Action of the Department of Foreign Action of the Government of the Generalitat of Catalonia. Jordi Muñoz, Director of the CEO, and Pablo Aguiar, Coordinator of the Social and Political Dialogue Area of the ICIP, have presented statistical data that the respective institutions have recently collected regarding the attitude of Catalans towards Europe.

Finally, Victòria Alsina, Minister for Foreign Action and Open Government of the Generalitat of Catalonia, closed the event with the presentation of some final conclusions. Alsina called for Europe to remain true to its founding values: "We are comfortable with the European project which, from the outset, has vindicated the values of democracy, freedom, the rule of law, equality and human rights, and we want Europe to be built on true democratic legitimacy."