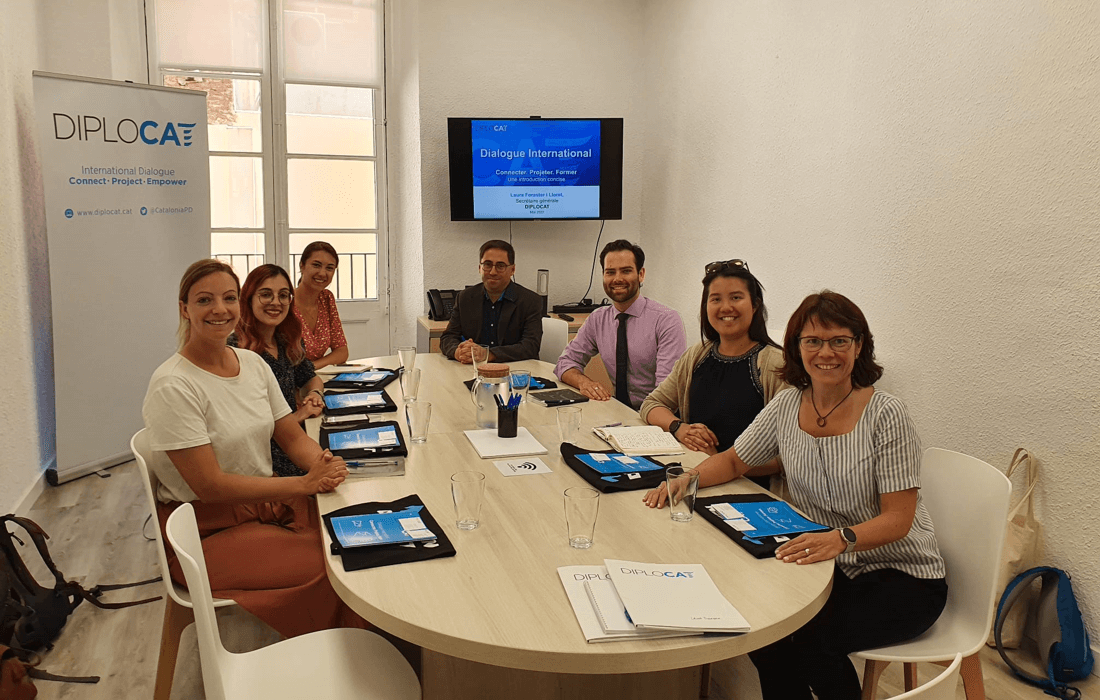 Five fellows from the Fondation Jean-Charles-Bonenfant in Quebec have visited the headquarters of DIPLOCAT on 31 May to learn about the institution and to get an overview on Catalonia's foreign action. At DIPLOCAT they have been welcomed by its Secretary General, Laura Foraster i Lloret, and by project manager Jordi Arrufat.

Foraster has introduced DIPLOCAT, emphasizing its plural character, and has told them about the activities included in the current Strategic Plan 2019-2022. Arrufat, for his part,  has presented the Catalan foreign action as a whole, excluding DIPLOCAT and highlighting the great variety of existing actors. He has also detailed the historical framework in which this external action has been developed and the legal framework within which it is currently taking place.

The fellowship program of the Fondation Jean-Charles-Bonenfant consists of choosing a research topic related to democratic institutions and parliamentarism. This year, the students who have received the scholarship have chosen to study the Spanish political system and the phenomenon of power decentralization towards the autonomous communities. Before Catalonia, they went to Madrid and the Basque Country. In Catalonia, they have visited, among other institutions, the Parliament and the Ministry for Foreign Action and Open Government. They have met with deputies, journalists, teachers and officials to learn more about the Spanish system of asymmetric decentralization, the process of creating the autonomous communities, partisan dynamics and the functions of the Constitutional Court.

At the end of their stay, students will prepare a final report. Their findings will be published in a podcast and on the Fondation Jean-Charles-Bonefant's website.