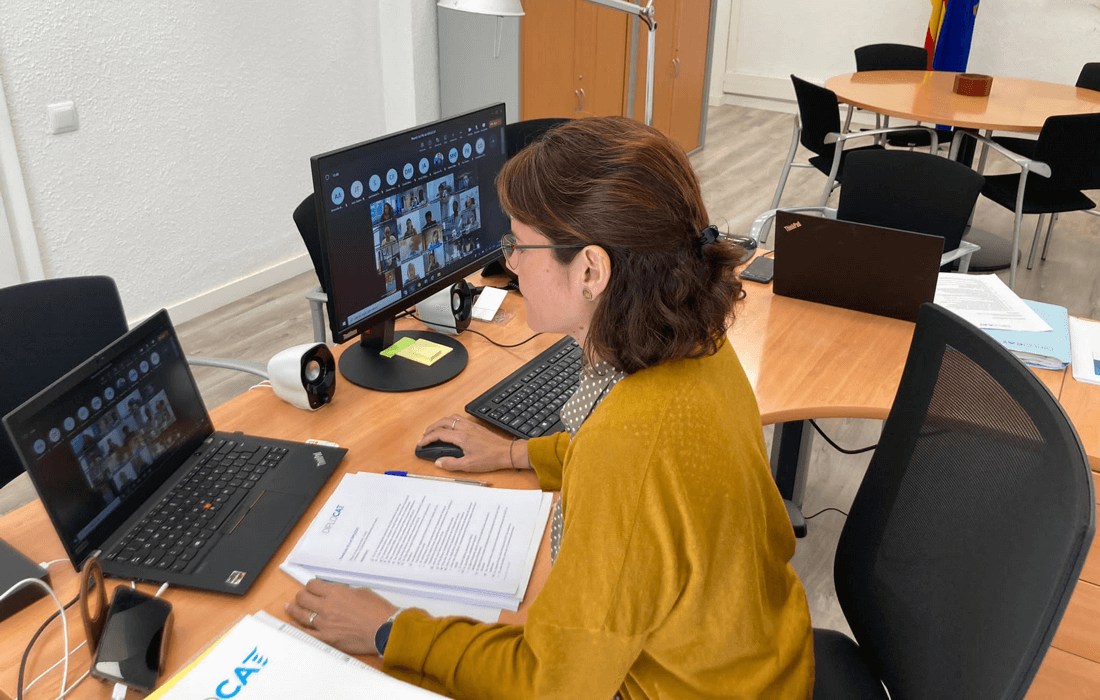 The entity organized a total of 37 activities, with 159 speakers and 1,184 attendees, in a year still very marked by the pandemic

This afternoon, the DIPLOCAT Plenary Session met electronically in a meeting chaired by the President of the Catalan Government, Pere Aragonès, who is also the President of DIPLOCAT's Plenary. Aragonès thanked DIPLOCAT for its work over the past year and encouraged everyone to continue working for Catalonia's internationalization. He also referred to the dynamics of collaboration between DIPLOCAT and the members of the consortium and said that "the sum of efforts and experiences are what end up making DIPLOCAT a tool with great potential."

The Catalan Minister for Foreign Affairs and Open Government, Victòria Alsina, who also took part in the Plenary Session, referred to the new statutes of the consortium, which are just being drafted, and emphasized that DIPLOCAT represents the plurality and diversity of actors needed for Catalonia's foregin action.

The Plenary Session of DIPLOCAT has approved the activity report and the accounts  corresponding to last year. The person in charge of presenting the balance for 2021 has been the secretary general, Laura Foraster i Lloret, who has explained that the second consecutive year of pandemic has logically affected the programming, but has not prevented the fulfillment of a total of 37 activities, which involved 159 speakers and 1,184 attendees. Subsequently, another 1,700 people watched the content of these activities on the website, which accumulated almost 20,000 visits throughout the year.

Foraster highlighted some of the actions carried out and briefly outlined them, such as the tools for monitoring Catalonia's presence in international media and social networks; the cycles of digital debates; the #BooksAndRoses Sant Jordi internationalization campaign; the scholarship program to expand studies abroad; or the different digital publications, gathered in the Agora DIPLOCAT collection. Finally, Foraster has reviewed the timing of activities, the indicators for achieving objectives and the final figures for the budget settlement. Here you can consult the complete balance sheet document for the year 2021 (in Catalan). In this appendix you can consult some of the news about DIPLOCAT published last year in the media.

This first DIPLOCAT Plenary Session of 2022 was attended by representatives of 25 entities out of a total of 33 who are represented at the Plenary. President Aragonè closed the session by saying that the next Plenary, if all goes as planned, will be in person again.