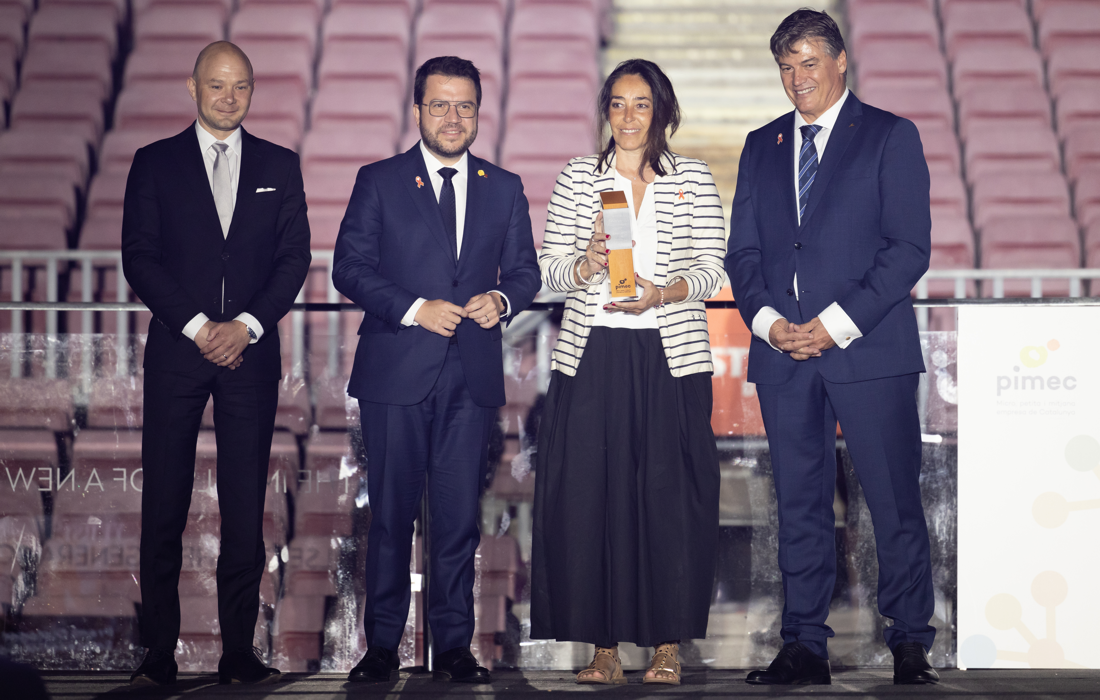 The 35th edition of the PIMES Awards for Catalonia's small amd medium-sized entreprises took place last night at the Camp Nou in Barcelona. The President of the Cataln government, Pere Aragonès, handed the VII DIPLOCAT Award for Catalan business projection to Yerse, a textile company from Sabadell. The finalists for the award, who also received a diploma, were Mobles 114, Aigua Sant Aniol, Formatges Montbrú, Ceràmiques Graupera and Verdcamp Fruits.

The secretary general of DIPLOCAT, Laura Foraster i Lloret, congratulated the winners, emphasizing that the award established by DIPLOCAT wants to recognize the role of companies in promoting the Catalan economy and its values ​​around the world. The award values ​​those companies that help to project Catalonia abroad with an image of country excellence, publicizing its assets and helping to improve its international reputation. Aranow, Scytl, Moritz, Ultramagic, Beabloo and Munich have been awarded in previous editions.

Yerse is a family business founded in 1964 by Lluís Generó Domènech that is dedicated to the design and creation of women's clothing. About sixty people work there, mostly women, and the company stands out for its commitment to responsibility for the environment, which is why they are linked to social inclusion projects and work to minimize the environmental impact of their production. They have their own stores in Sabadell, Barcelona and Girona, as well as Madrid and Zarauz, and their products can be found in more than thirty countries.