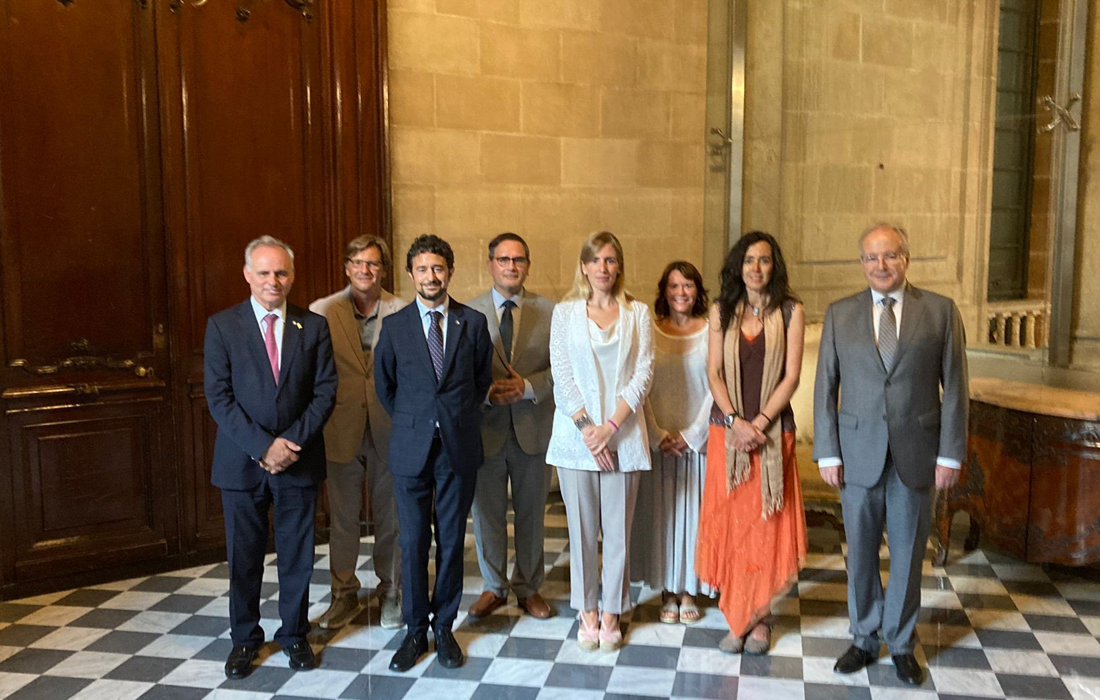 It's a project by the Center for Studies of Contemporary Issues (CETC), in collaboration with DIPLOCAT and the Harbour of Barcelona

On Monday 5 September, the documentary entitled "The Barcelona Conference and the League of Nations: the birth of modern multilateralism" was released. The screening took place in the Golden Hall of the Llotja de Mar in the Catalan capital.

Recorded between Barcelona and Geneva, the documentary delves into the importance of the first intergovernmental conference of the League of Nations, which took place in Barcelona in 1921, with the participation of delegates from 42 countries, laying the foundations of modern multilateralisme. As a result of the conference and thanks to the work of the League of Nations, the first international treaties, known as the Barcelona Conventions, were signed.

This film is part of the institutional events commemorating the centenary of the conference, and has been promoted by the Center for Studies of Contemporary Issues of the Catalan Ministry of Foreign Action and Open Government and produced by ANIMASET, with the collaboration of the Harbour of Barcelona and by DIPLOCAT

The Minister of Foreign Affairs, Victòria Alsina, presided over the presentation ceremony, which was also attended by the director of the CETC, commemoration commissioner and co-director of the documentary, Manuel Manonelles, the secretary general of DIPLOCAT, Laura Foraster i Lloret, and the president of the Harbour of Barcelona, ​​Damià Calvet, among others.