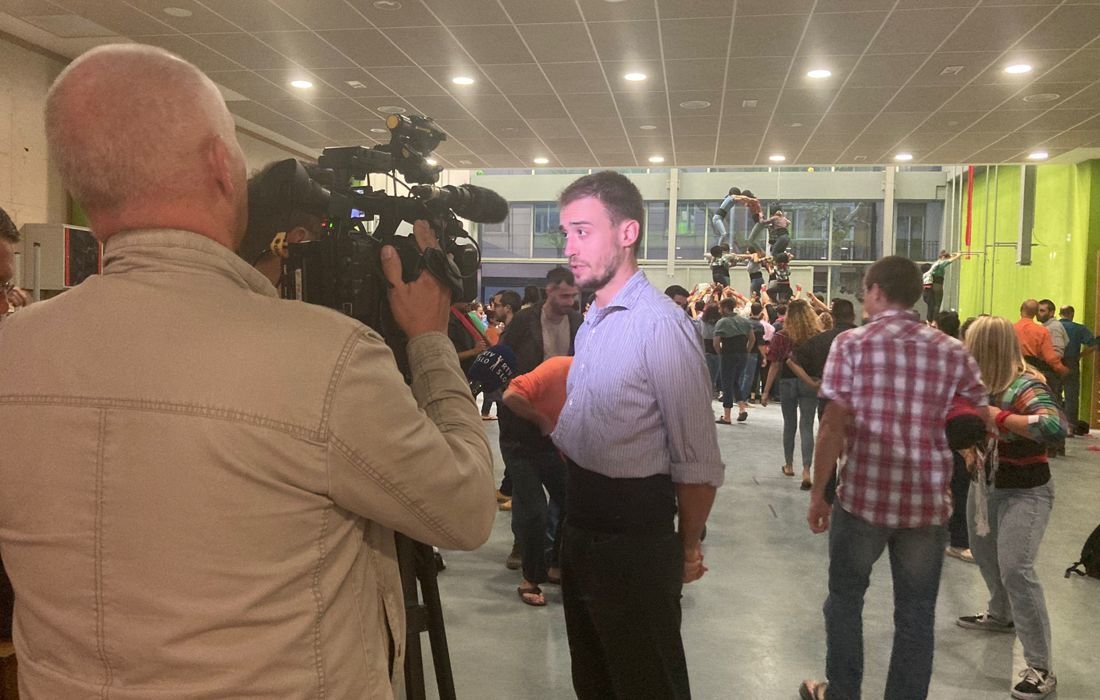 As part of the organization's international visitors program, DIPLOCAT has invited this last weekend a small group of journalists from Slovenia and Croatia to get to know first-hand one of the most unique and spectacular Catalan traditions: human towers, called "castells" in Catalan language. The journalists had the opportunity to attend a rehearsal of the Castellers de Sants team on Friday and on Sunday they went to the Tarraco Arena for the Human Tower Competition, announced as the world's largest human tower show, won this time by the Castellers de Vilafranca. During the competition, the journalists had the opportunity to interview various participants and experts, who told them about the origin, values ​​and importance of this centuries-old tradition for Catalonia.