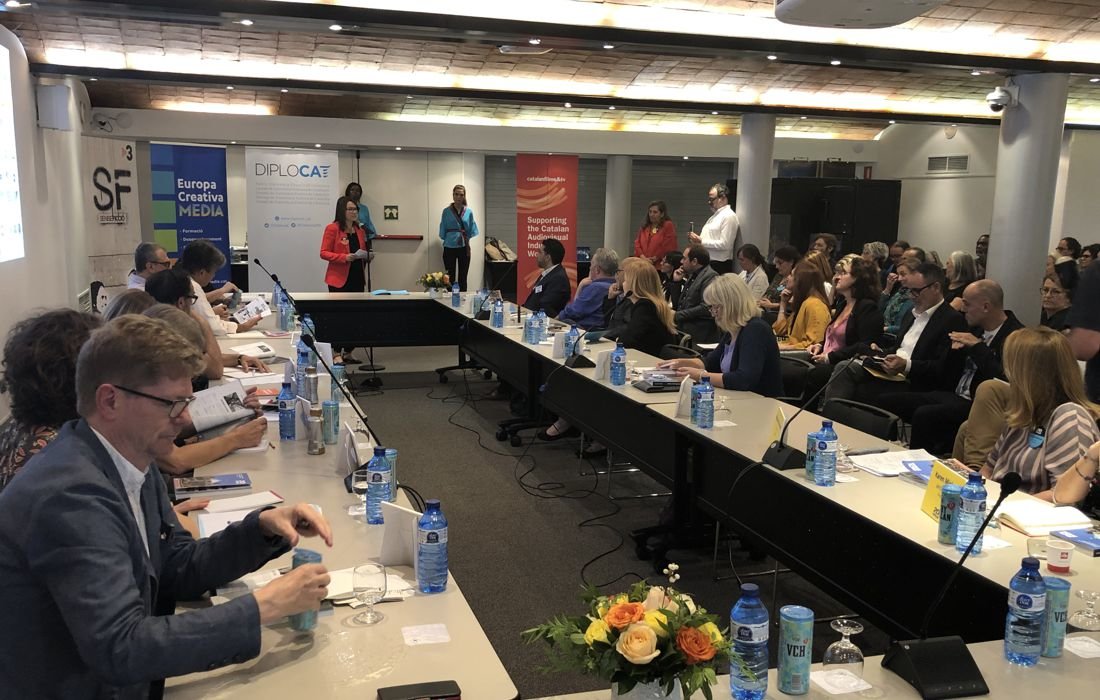 DIPLOCAT collaborates in the organization of MEDIMED 20222, where a selection of 62 projects from 24 countries will be presented

Once again, DIPLOCAT collaborates with the Association of Independent Producers of the Mediterranean (APIMED) in the organization of the 23rd edition of the international market for European and Mediterranean documentaries, MEDIMED 2022. From Monday 10 until Friday 14 October, 250 professionals from all over the world take part online in the scheduled activities. Among the participants are representatives of the main television stations and international distributors.

The market program includes a forum (Pitching) dedicated to a selection of 28 projects from 13 countries; informative sessions on various topics related to the documentary industry (Industry Talks); a selection of 330 documentaries produced in the period 2021-22 in the Euro-Mediterranean region (Docs Gallery); and a section dedicated to 19 projects in various phases of development (Speedy Pitch Meetings). There are also spaces to encourage co-production between countries with little funding capacity and territories with more state aid and a stable audiovisual industry (New Players Pitch) and a section that presents 8 titles ready for release on the circuit of international festivals (Anti Pitch).

The main objective of the market is to connect independent producers and international television stations, financing funds, distributors, sales agents and festival programmers, with the mission of facilitating commercial and professional exchange and promoting audiovisual co-production between Catalonia, the European Union and the countries of the southern Mediterranean (Maghreb, Near East and Turkey). In this year's edition, 250 professionals from the documentary industry have registered, from more than 50 countries, representing 75 television channels and 20 international distributors, in addition to funding funds such as Doha Film Institute (Qatar), Catapult Film Fund (USA), Women Make Movies (USA) and Jordan Film Fund (Jordan), among others.

Under the direction of Sergi Doladé, the work carried out in the previous 22 editions has turned the MEDIMED DOC Market into an unmissable event for international documentary professionals. MEDIMED is organized by the International Association of Independent Producers of the Mediterranean (APIMED) in collaboration with DIPLOCAT and the support of the European Institute of the Mediterranean (IEMed), the Catalan Institute of Cultural Enterprises (ICEC), the Provincial Council of Barcelona and Sitges City Council.