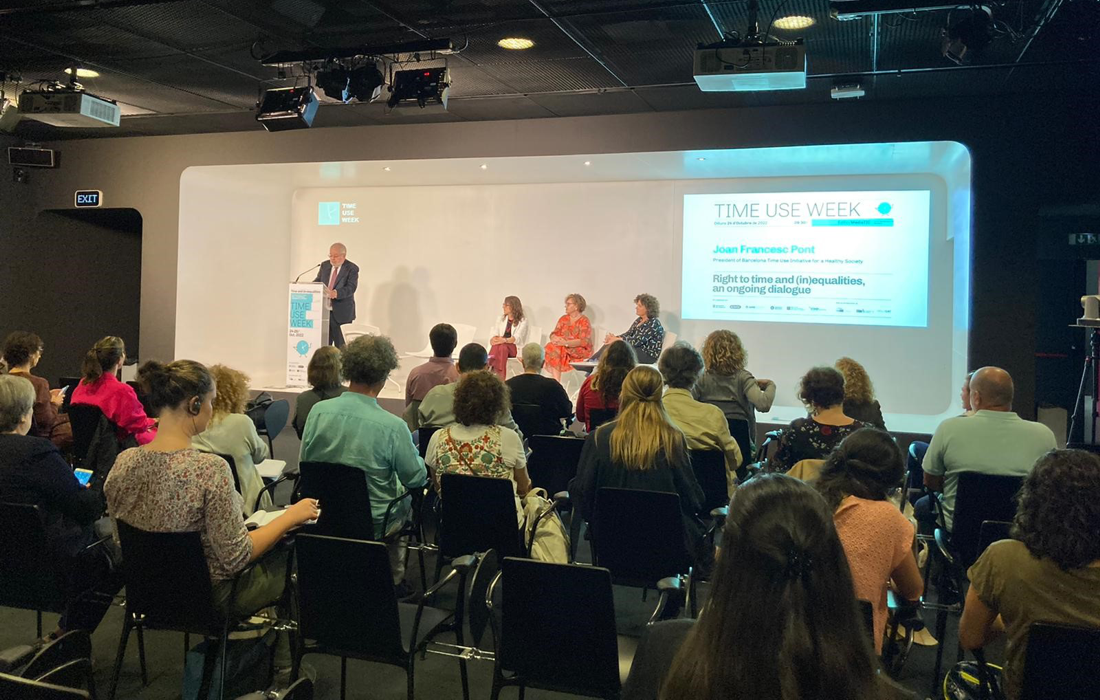 From 24 to 28 October, Barcelona will host the ninth edition of the Time Use Week, ​​which is the main international event dedicated to promoting knowledge and good practices in time policies. Researchers, political institutions, social agents and citizens from all over the world will participate.

During the week, current data will be made public about inequalities in the use of time, as well as the effects it has on health, the equality of people, and the productivity and sustainability of countries and workplaces. Initiatives and policies to combat these inequalities and guarantee the right to time as a citizenship right will also be analysed.

The Time Use Week is jointly organized by the Barcelona Time Use Initiative for a Healthy Society (BTUI), the Generalitat de Catalunya, the Barcelona City Council, the Metropolitan Area of ​​Barcelona, ​​the Diputació de Barcelona and UIMP Barcelona. It also has the collaboration of the European Parliament, the European Commission and DIPLOCAT, which invites to the Catalan capital several speakers who also took part in the 1st Week on Schedules and Time in Latin America last September.

All Time Use Week events will be free, both face-to-face and online, with translation into Catalan, Spanish and English. To attend, you must register in advance. Most events will take place in the MediaTIC Building in Barcelona, ​​but there will also be events in Girona, Lleida, Reus and Tortosa.