The growing influence of city networks on the international scene 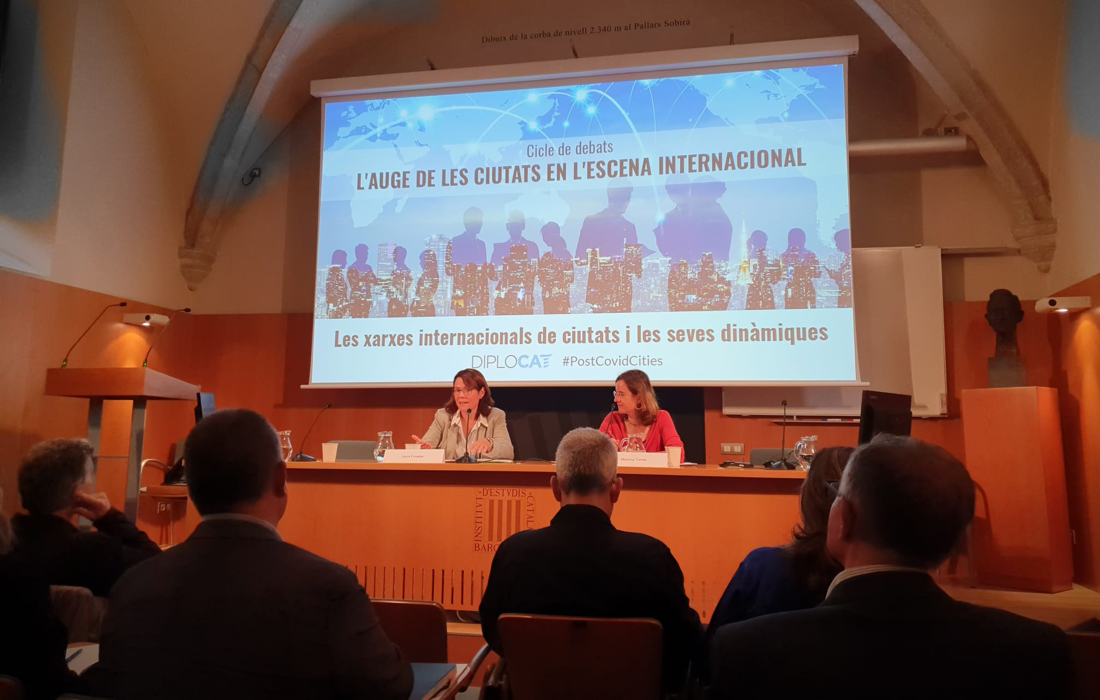 This morning DIPLOCAT held a seminar on the subject International city networks and their dynamics. The seminar took place at the Institute for Catalan Studies in Barcelona. This event forms part of a cycle of seminars concerning the rise of the importance of cities on the international scene, the first session having been held last year on the subject of the role of local entities in an international environment in the post-pandemic context.

This second session focused on international networks of cities, viewed as institutional structures that facilitate cooperation between local authorities or regional governments and which provide services to their members with a view to dealing collectively with shared challenges. Due to the growing relevance of working in networks, the need was also discussed to determine possible mechanisms for assessing the impact of this model.

In her welcoming comments, Laura Foraster i Lloret, the Secretary General of DIPLOCAT, observed that the growing contribution of cities was indisputable and was undoubtedly set to continue. This presence also affects the international environment, as was demonstrated during the Covid-19 pandemic, when cities provided support to national governments by using their position as a first line of communication with citizens at a local level. Since the current global challenges affect both the national and local levels, it is important to maintain an exchange of good practices and regular dialogue between the world's cities. This is why it is necessary to assess the capabilities of city networks and to identify their strengths and weaknesses, Ms Foraster concluded.

The keynote address was given by Agustí Fernández de Losada, a senior researcher and the Director of the Global Cities programme of the Barcelona Centre for International Affairs (CIDOB), who spoke on the subject of Rethinking the role of city networks in the international sphere. Mr Fernández de Losada bases his approach on the fact that cities provide the context in which the forces of globalisation are enacted. Since it is their role to propose relevant solutions, they deserve the necessary resources and powers to be able to do so. The local effects of globalising forces mean that cities become recognised participants in international affairs and organise themselves into networks. 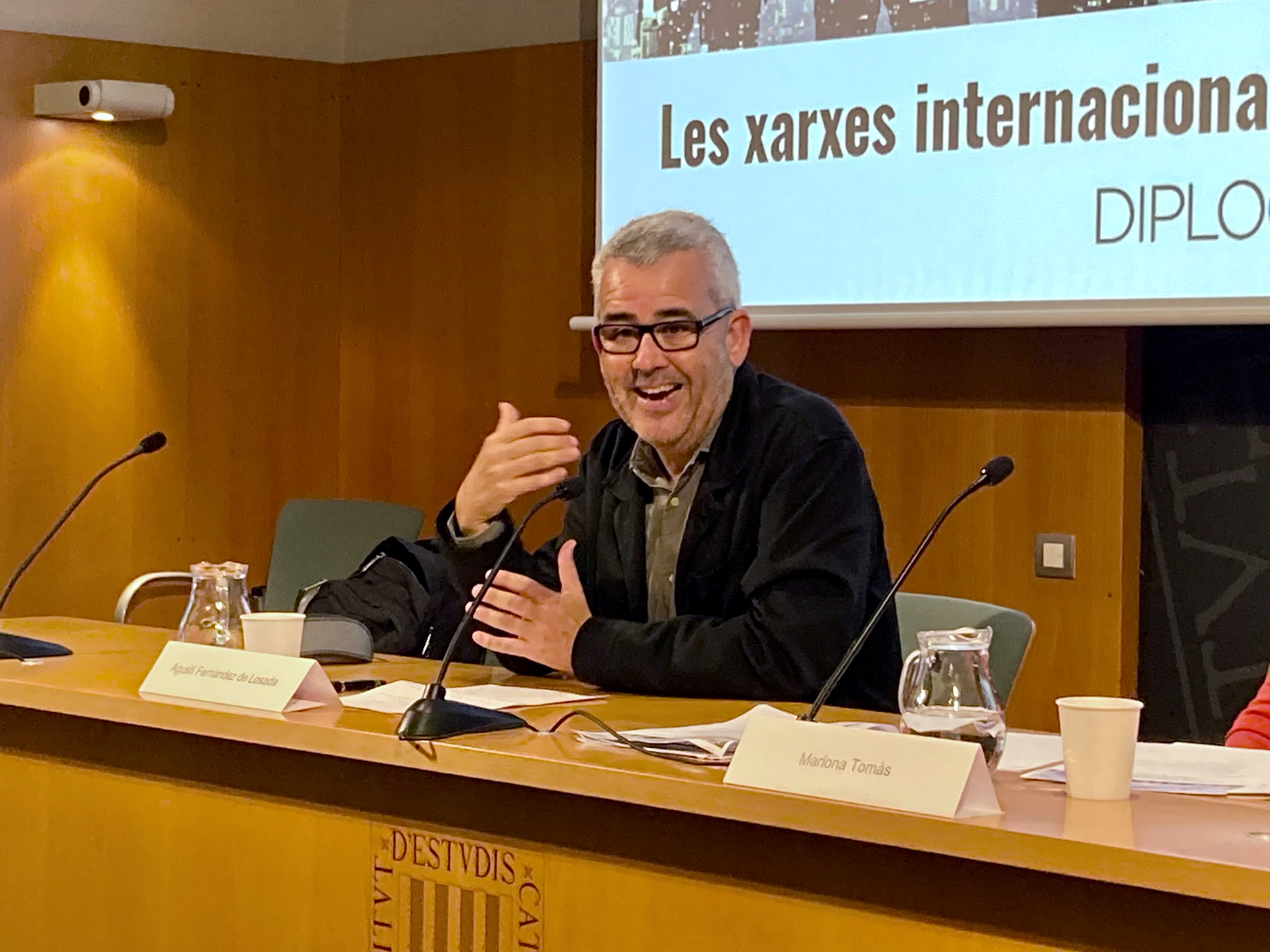 In his professional opinion as a CIDOB researcher, the role of cities in such international networks should be reviewed, since this field of action changes very rapidly and such a wide-ranging, complex ecosystem has become extremely tense. Furthermore, there is not only a high degree of competition between the networks themselves but also a marked lack of coordination between them. Is there a need for more effective responses? Does the capability to measure their impact exist? Are such networks capable of meeting citizens' needs? Mr Fernández de Losada believes that it is important to reinforce coordination between networks and their participation in the international sphere. A spirit of leadership also needs to be reinforced, incorporating social activists, business people, academics and artists to provide a diversity of voices so as to build partnerships and generate measurable, specific agreements.

This talk was followed by a round-table discussion, presided over by Mariona Tomàs, a professor of Political Science at the University of Barcelona, with various representatives from city networks who explained their experiences of best practices. The first to speak was Pablo Fernández, the Chief of Staff of the network United Cities and Local Governments (UCLG), who spoke about the difficulties of leadership for cities at an international level. He emphasised that networks should not themselves be service providers, but rather the instrument for the representation of local governments. In this sense, Mr Fernández feels that the system of democratic representation needs to be re-examined so as to give more voice in some way to smaller cities, which do not have the same influence and impact as larger ones. 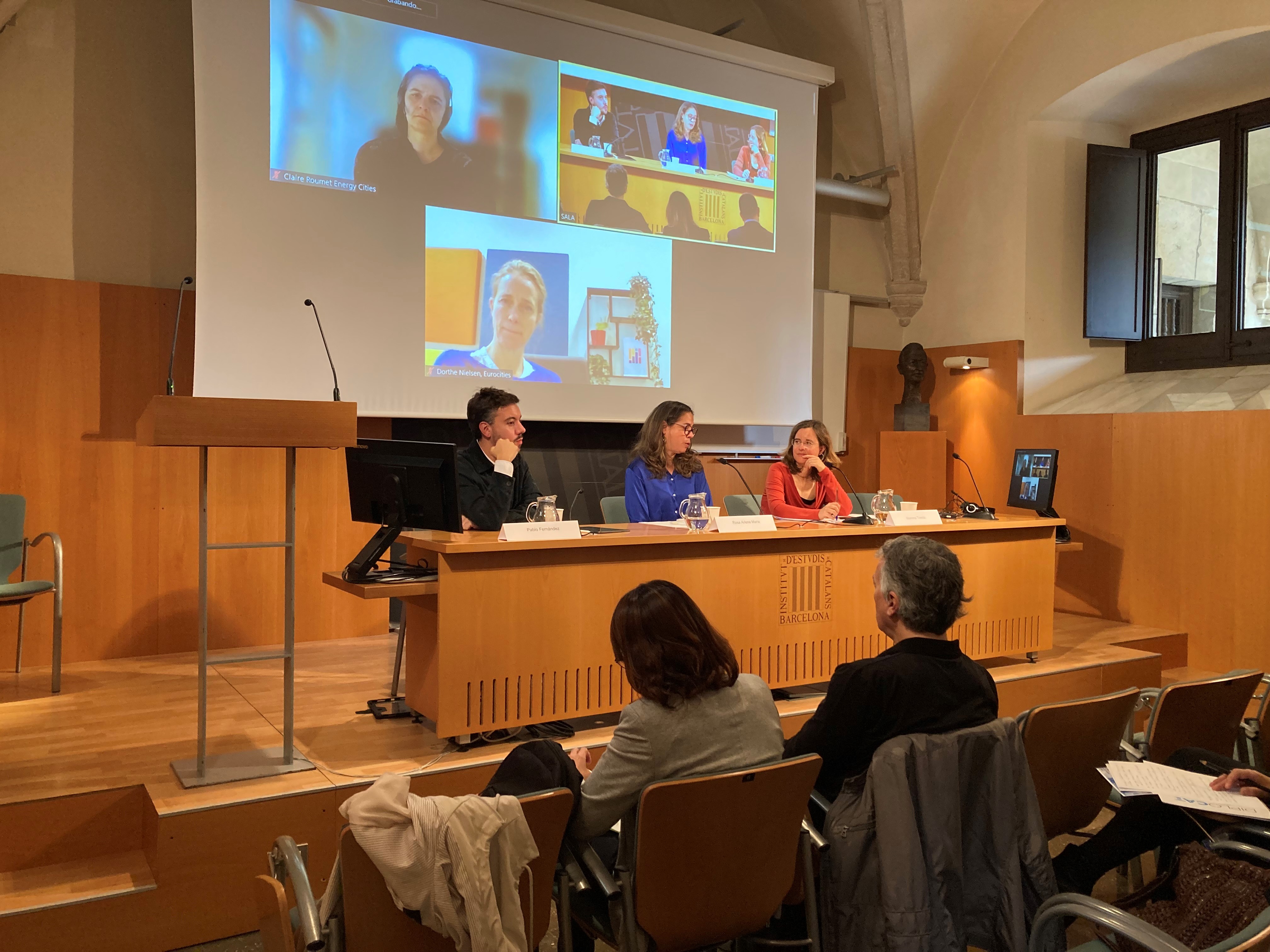 Secondly, Rosa Arlene María, the Executive Director of the Ibero-American Centre for Urban Strategic Development (CIDEU), spoke about the collective construction of the definition of a city and its role so as to attain better practices between them, since urban strategy is complex and constantly changing.

The next speaker was Dorthe Nielsen, the Executive Director of Eurocities, who referred to the importance of participation and cooperation between European cities in order to define jointly the agendas and themes of collective interest. Nielsen also mentioned the importance of collaboration between networks in fields such as the transmission of information and the implementation of projects to deal with problems that affect cities globally and equally.

Finally, Claire Roumet, the Director of the network Energy Cities, defended the idea that cities need to stop asking for commitments from the major institutions and rather to take action themselves, in such a way that the said institutions will be obliged to make commitments to cities themselves. According to Ms Roumet, it is the cities themselves that need to believe in their role as emerging major players and to take action accordingly.

Among the subjects discussed in the final round of questions was the mismatch between the cooperative logic of cities and the often competitive logic of national governments, the real usefulness of indicators and systems of assessment of the international actions undertaken by cities, and how to improve partnerships between cities to make them even more enriching.

[We will shortly upload a video recording this seminar, together with a fuller summary of the different participations in the form of a digital publication].