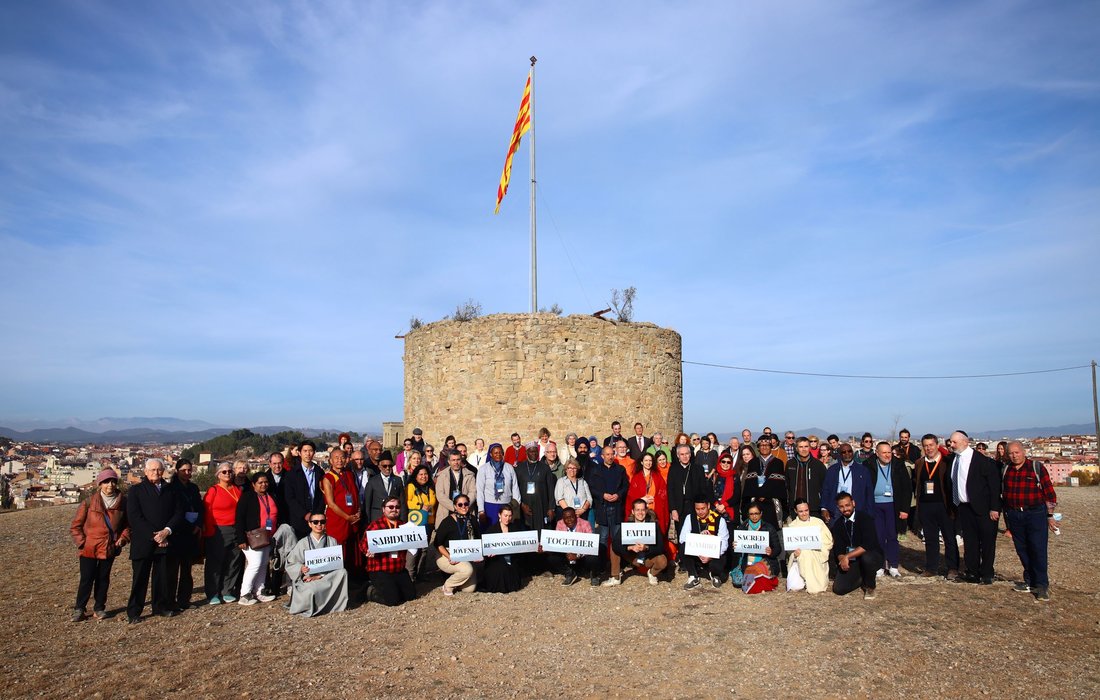 DIPLOCAT collaborates in the organization of the International Multireligious Forum At A Crossroads, which will deal with social and environmental issues

The International Multireligious Forum At A Crossroads started yesterday in Manresa, 60 km north from Barcelona, and will turn the city into the world's religious capital for three days. In addition to debating religiosity, the aim of the meeting is to discuss global challenges such as the social and environmental crisis and the sustainability of cities. The Forum, which is supported by DIPLOCAT, is the culminating event of Manresa 2022, the commemoration of the 500th anniversary of Ignatius of Loyola's stay in Manresa, where he wrote his spiritual exercises.

On Sunday, half a hundred religious leaders from 33 countries walked the final stretch of the Ignatian Way and were received by the mayor of the city, Marc Aloy, and the bishop of Vic, Romà Casanova, besides other civil and religious personalities. In addition to religious leaders and international figures of thought and knowledge, the pilgrimage was attended by young people of different faiths and the Secretary General of Religions for Peace, Azza Karam, which is the New York-based organization that organizes the meeting. All of them did a joint meditation and prayer.

For three days, the forum includes talks, dialogues, workshops and visits to emblematic places such as the monastery of Montserrat or the temple of the Sagrada Família in Barcelona. The conclusions of the meeting will be included in the Multireligious and Multisectoral World Pact for the Development of Resilient, Safe and Inclusive Cities Manresa 2022, which will be signed on Wednesday.