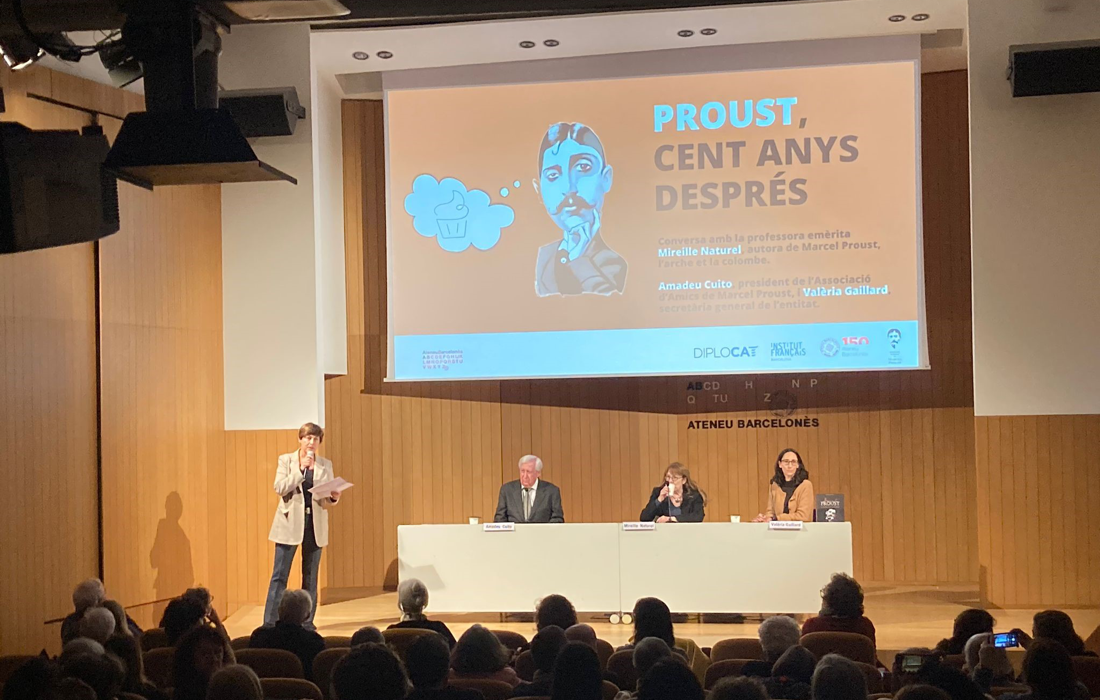 Marcel Proust died in Paris due to a poorly treated bronchitis on 18 November 1922. Yesterday, the Athenaeum of Barcelona joined the events commemorating the centenary of the famous French writer's death with a talk by Mireille Natural, prominent expert and responsible for the Bulletin de la Société des Amis de Marcel Proust. Naturel has visited Barcelona at the invitation of DIPLOCAT, which collaborates with the Athenaeum in this initiative.

In front of a large audience and after the words of welcome from the vice-president of the Athenaeum, Lluïsa Julià, Mireille Naturel spoke with Amadeu Cuito, president of the Catalan Association of Friends of Marcel Proust, and Valèria Gaillard, general secretary of the entity. Naturel was very pleased by the large number of events that are being organized around the world to commemorate the centenary of Proust's death, whom she defined as "the most remarkable French writer of the 20th century". The French expert also explained that it is always said that Proust was very worldly, but that she does not think it is a fair label: "At the end of his days he retired to write at night and the only link he had with the world was his mother".

Barcelona is, after Paris, one of the most Proustian cities in the world. As early as 1918,  Joaquim Borralleras dedicated himself to popularizing the famous work "In search of lost time". Thanks to this, Catalan writers like Josep Pla and Josep Maria de Sagarra became enthusiastic followers of Proust.