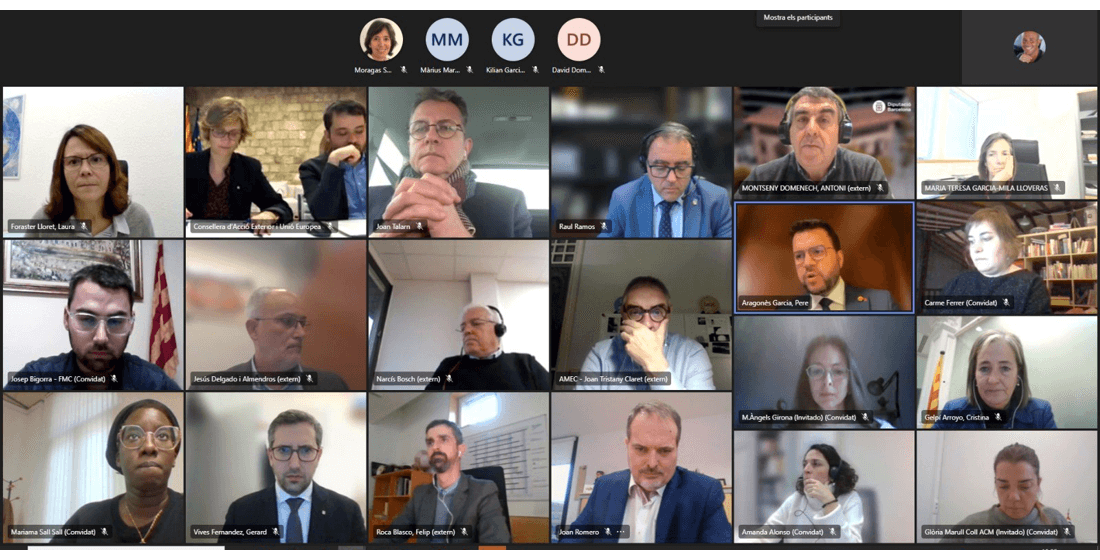 This afternoon the Plenary Session of DIPLOCAT held a virtual meeting headed by the President of the Government of Catalonia, Pere Aragonès, who is also the Chair of DIPLOCAT and of its Plenary Session. Mr Aragonès welcomed those present and underlined the "the added value contributed by DIPLOCAT as the benchmark collaboration platform for the country's public bodies in terms of the promotion of their international image and that of Catalonia as a whole." He also thanked all the public bodies that form part of the consortium for their involvement and availability.

In addition to renewing the mandate of Laura Foraster i Lloret as Secretary-General of DIPLOCAT for a further four-year term and being informed about the latest progress made with the consortium's new Statutes, the Plenary Session also approved the consortium's second Strategic Plan for the period 2023-2026 and the Working Plan for 2023, together with its corresponding financial package. The consortium's budget was thus maintained at a very similar figure to that of recent years (EUR 2.1 million).

Foraster thanked the members of the Plenary Session for the confidence in her shown by the renewal of her mandate and declared that she faces this challenge with strength and enthusiasm, and with the intention of continuing to make DIPLOCAT "not only one of the country's assets, but also an asset for all the members of the consortium." With regard to DIPLOCAT's Strategic Plan for the next four years, Ms Foraster explained that this was a continuity programmed that maintained the mission, values and working focuses of Catalonia, and reinforced the objective of making Catalonia into a reliable, committed and disciplined benchmark in the international environment. For the Secretary General, "the Strategic Plan is a good opportunity that is given to us once every four years to analyse our own context and environment to see whether the consortium needs a change of direction." You may consult DIPLOCAT's new Strategic Plan here. 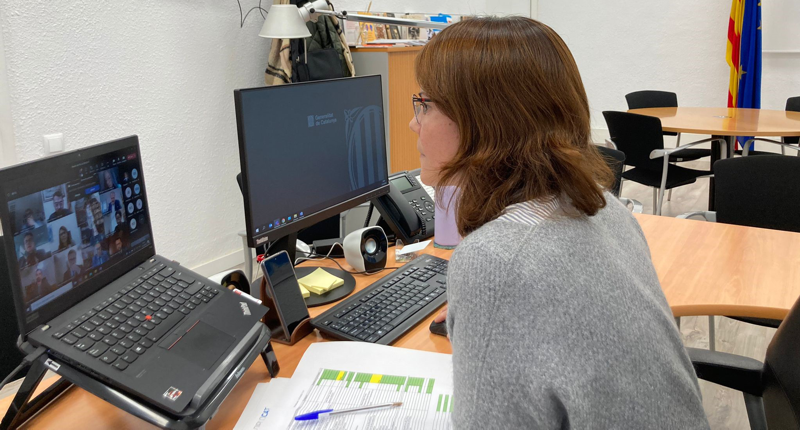 Foraster also presented a broad outline of the activities foreseen for the Working Plan for the coming year. Among the latest news, she emphasised the overseas visits conducted with representatives of the bodies making up the consortium and of civil society, during which visits were planned to Switzerland, to the Nordic countries, Portugal and the United Kingdom in order to find out more about best practices in fields such as the new technologies, education and the United Nations model. Coinciding with the 40th anniversary of the programme of scholarships to enable candidates to continue their studies overseas, from which over 400 students had already benefited, an institutional commemorative event will be held. Another event foreseen under the Working Plan is the conducting of a campaign of video films for promoting the international image of Catalonia.

With regard to the events being held, Ms Foraster mentioned, among others, the monitoring of Catalonia's appearance in international means of communication and the social media; cycles of digital debates; the #BooksAndRoses campaign to internationalise the celebration of Saint George's Day; the various digital publications forming part of the DIPLOCAT Agora collection; and the programme of international visitors that will invite international journalists to attend a series of "human castle" events held to celebrate Saint George's Day.

The closure of the Plenary Session was conducted by the Minister for Foreign Action and the European Union, Mertixell Serret, who, to mark her first attendance as a Minister at a DIPLOCAT plenary session, expressed her thanks for the collective work undertaken by the consortium and its component members for "projecting to the outside world an image of Catalonia with all its plurality and transversality." Ms Serret referred specifically to the consortium's programme of scholarships and emphasised the value of the training in the field of international relations given to the young Catalans who receive them, which is then reinvested in the country either directly or indirectly over time.