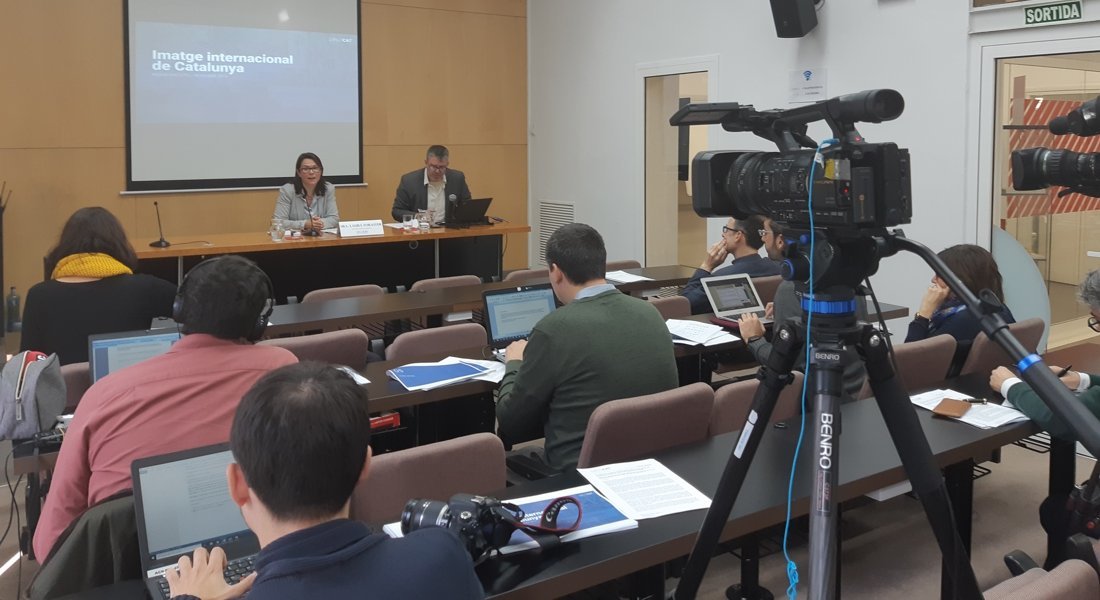 Catalonia obtains an overall score of 7.3 in a report on its international image presented today by Diplocat

One of the conclusions that emerges from the report on the international image of Catalonia presented today by the Public Diplomacy Council of Catalonia (Diplocat) is that a large majority of Europeans (42%) believe that the EU should mediate between the Spanish and Catalan governments. Only 14% think the EU should stay aside of the conflict, while 16%  demand more support to the government of Spain and 18% would like to see them support the Catalan government in their will to hold a referendum.

The report presented today deals with the image, reputation and international assessment of Catalonia among the informed European public opinion and is based on a survey by Diplocat, contrasted with other available public surveys (CEO, Real Instituto Elcano) and aggregate data (Idescat, INE, Eurostat, OECD, World Bank). Diplocat's own survey was conducted between 23 September and 2 October among 2,561 people in nine European countries: Germany, France, Italy, United Kingdom, Sweden, Switzerland, Slovenia, Estonia and Latvia. The margin of error of the survey is +/- 1.94%, with a confidence interval of 95%.

According to Laura Foraster, secretary general of Diplocat, "the origin of this study comes from one of the functions of the entity and one of the pillars of public diplomacy, which is to listen to the international public. Knowing the perception of Catalonia among foreign public opinion and how they value specific areas such as economics, tourism or politics is essential in order to establish a constructive dialogue at the international level". The report's aim is to become a useful tool for the members of Diplocat, including the Catalan Government and the rest of public administrations, as well as other public and private entities, when it comes to plan their international strategies and policies.Another important data of the study is the overall rating obtained by Catalonia (7.3), which is identical to that of Spain. The Germans value Catalonia above Spain, while British and Italian do so below.

One of the characteristics of the survey is that it uses many open questions to avoid inducted answers, which are then worked on and grouped into semantic fields and cloud concepts. The main concepts associated with Catalonia are politics, climate, beautiful, friendly, culture and gastronomy.The rating of Catalonia as a tourist destination is very high, with an average of 7.8, with high scores of Estonia, Latvia, Slovenia and Germany, with Swedes and Swiss a little below the average. Another interesting fact is that 70% of respondents consider Catalonia a good place to do business, and mention culture and people, economic health and geographical location as the main values.

In the political sphere, apart from the consideration of the EU mediating role, the main conclusions of the report are that the political events that took place in Catalonia have affected the image of Spain and Catalonia. While Spain's image has become worse, Catalonia's image has been strengthened in some countries. This conclusion coincides in part with the one obtained in the last barometer of Spain's Real Elcano Institute, in which the vision of Spain as an authoritarian state appeared. Also noteworthy is the number of Europeans who believe that the conflict between Catalonia and Spain is unresolved (76.6%) and that a majority of Germans and Swiss would agree if their own governments acted as mediators of the conflict.