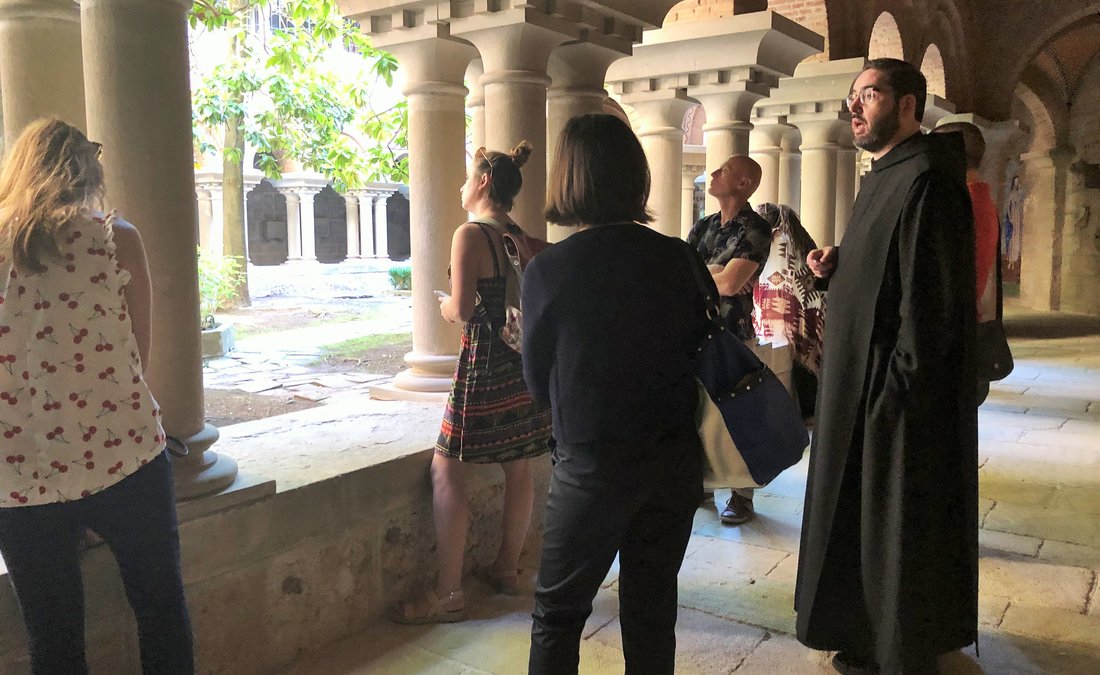 From Romania, Italy, Slovakia and Finland

A group of eight European journalists belonging to the MIDAS newspaper association has visited Catalonia as part of Diplocat’s International Visitors Program. The journalists came from Romania, Italy, Slovakia and Finland.

One of the main goals of the journalists was to meet with the managers of electronic newspaper VilaWeb and local newspaper Regió7, who are also part of MIDAS. The trip to Manresa, where the headquarters of Regió7 are, was preceded by an excursion to the holy mountain of Montserrat, where they visited the monastery guided by a monk.

The program also included attendance to Catalonia’s National Day events, a meeting with Foreign Minister Alfred Bosch, and attendance to a human tower performance by the Minyons de Terrassa, followed by a talk with some of the members of the team.