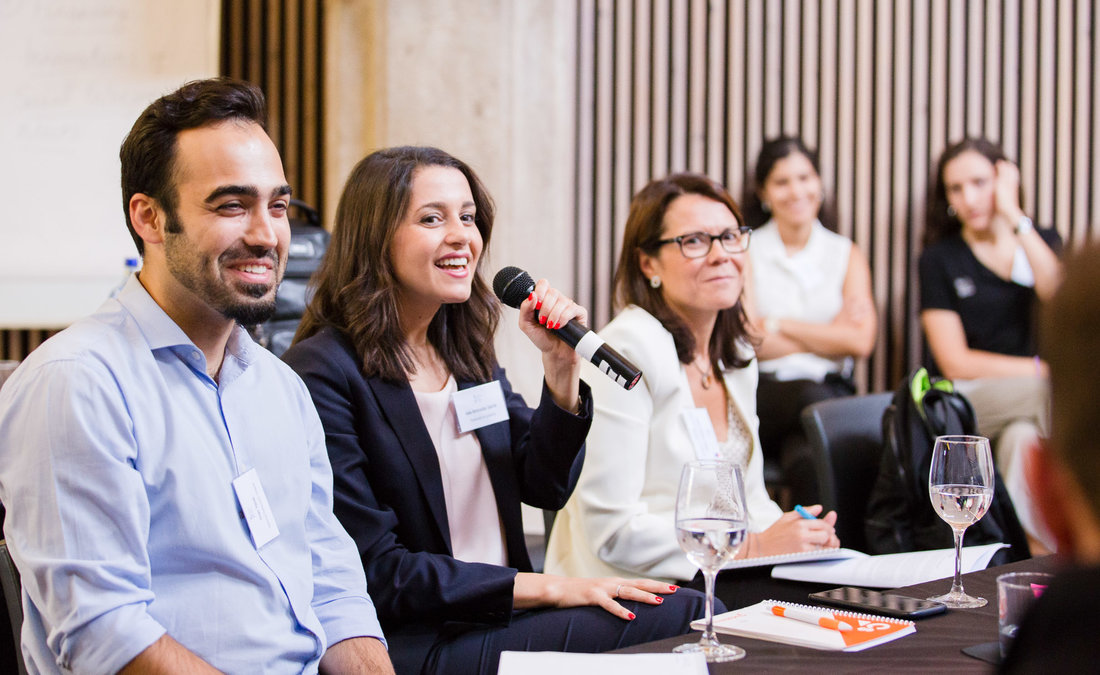 Forty young European leaders from across the continent and representatives from different professional fields, such as science, arts, business and politics, have attended several debating days in Barcelona as part of the "European Young Leaders" program, organized by the prestigious Brussels think tank "Friends of Europe" and with Diplocat as a local partner in Catalonia.

The program "European Young Leaders" aims to create a sense of European identity, bringing together 40 young people for 3 days to engage them in initiatives that will determine the future of Europe. Some of the topics discussed in Barcelona have been the impact of tourism on European cities, new forms of political leadership or the promotion of sustainability and inclusion in the field of innovation. The political situation in Catalonia was also debated by the Minister of Foreign Affairs, Institutional Relations and Transparency, Alfred Bosch, and the spokeswoman for Ciudadanos parliamentary group in the Spanish Parliament, Inés Arrimadas, who had participated in the program years ago.

Apart from Inés Arrimadas, other Catalan participants selected over the years were the businessman Josep-Maria Gascon, former deputy Roger Montañola and the astrophysical scientist Guillem Anglada Escudé. The program "European Young Leaders" is held twice a year in different cities in Europe and had never landed in Catalonia before.