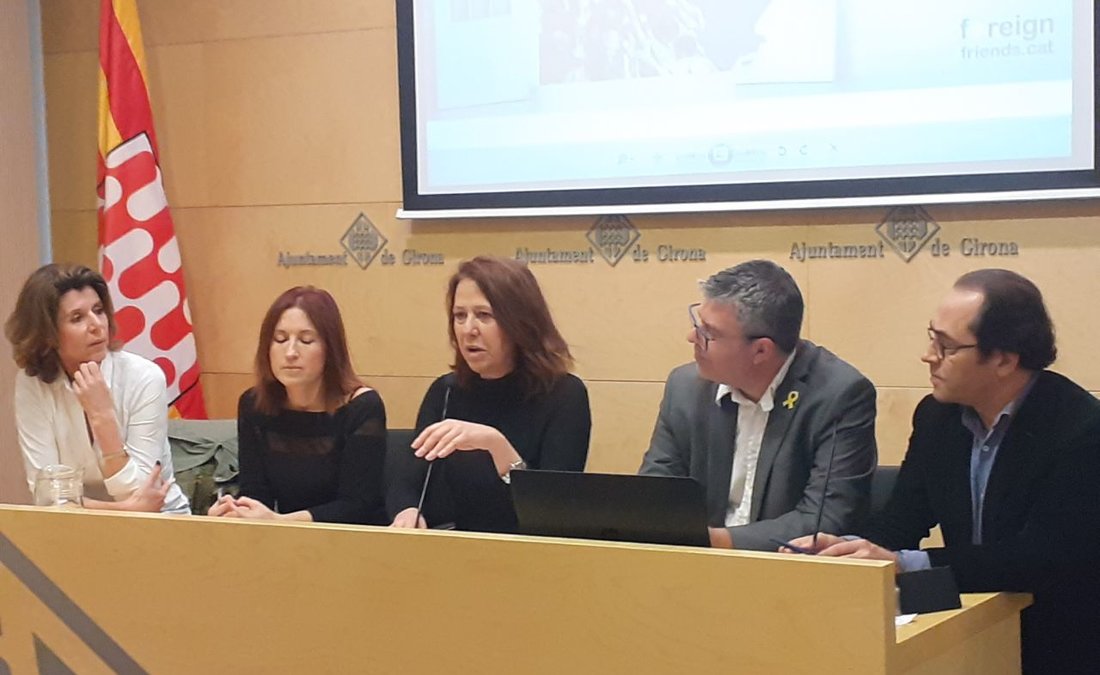 Diplocat joins Foreign Friends of Catalonia in organizing the event, with 250 expected to participate in 4-day activities

During four days and coinciding with the feast of Sant Jordi on April 23, 250 families in the Girona region will open their homes to politicians, academics, artists, journalists and students of Catalan from different countries around the world. This is the idea behind Catalonia Open Doors, a project led by the Foreign Friends of Catalonia association and which is supported by Diplocat and the City Council, the Provincial Council and the Chamber of Commerce of Girona.

In a press conference today, Foreign Friends of Catalonia coordinator and founder Pat Vila stated that the goal is for "participants to move around the territory, know who we are and what our traditions look like, so that they end up creating ties that will make them Catalan ambassadors". She also announced that if the initiative is successful, it could be expanded in the future beyond the Girona region and even exported abroad.

Martí Estruch, Director of Communication and Press for Diplocat, spoke of this project as a "perfect example of public and proximity diplomacy" and said that Diplocat has already been working for years to internationalize the Day of Book and Roses, "a unique feast that is perfect for showing Catalonia to the world". Diplocat will invite a group of foreign journalists to take part in Catalonia Open Doors.

Both the Mayor of Girona, Marta Madrenas, and the representative of the Provincial Council, Àngels Planas, and the Chamber of Commerce, Joan Ribas, were also pleased to collaborate with the initiative and to enlarge the network of "Catalan ambassadors".

Catalonia Open Doors will be held from April 23 to 26 in different areas of Girona, a region 100 km north from Barcelona. There will be talks, visits and decentralized activities, as well as a joint meeting in the Auditorium of Girona on the 24th. Those interested in coming from abroad and those who want to welcome them can register on this website, where more info about the project can be found.