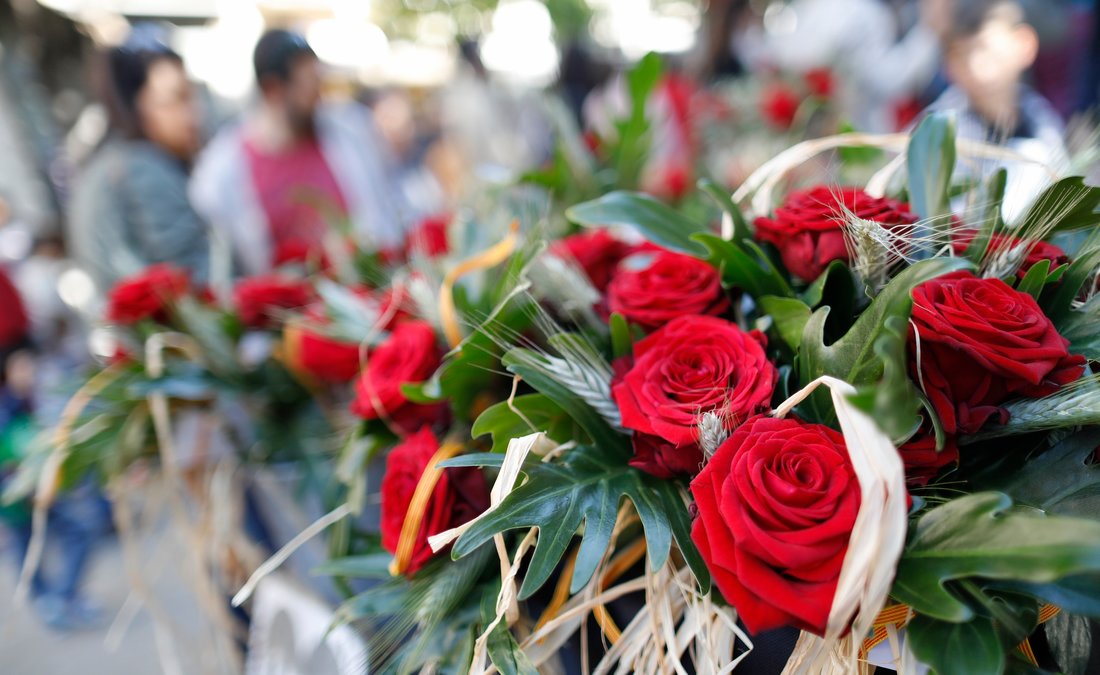 Given this year’s impossibility to organize or support face-to-face events of international promotion of Catalonia’s Day of Books and Roses and with the desire to keep its spirit alive, the Public Diplomacy Council of Catalonia (Diplocat) has decided to launch a virtual campaign, with the support of the Catalan Guild of Booksellers.

A few days before April 23, a new section in the web www.booksandroses.cat will be activated in Catalan, Spanish and English, allowing to send virtual roses and attach a greeting text, a poem or a literary quote. Roses can be customized with a choice of different colors and stems. As for the texts, Diplocat will encourage its international contact network to send the postcards in many different languages.

Diplocat launched the website of the #BooksAndRoses project in 2015 as an international promotion tool for the Day of Books and Roses. The website offers information on Saint George's Day (Sant Jordi) in several languages, an explanatory video and downloadable broadcast materials, such as a flyer that has been translated into 17 additional languages ​​this year, being now available in more than 30 languages.

One of the highlights of the web used to be the map where events related to the Day of Books and Roses were announced and promoted around the world. Last year there were almost a hundred, while this year there are only half a dozen, most of them virtual literary contests.