Politics and football, the key topics in the conversation about Catalonia on social media abroad 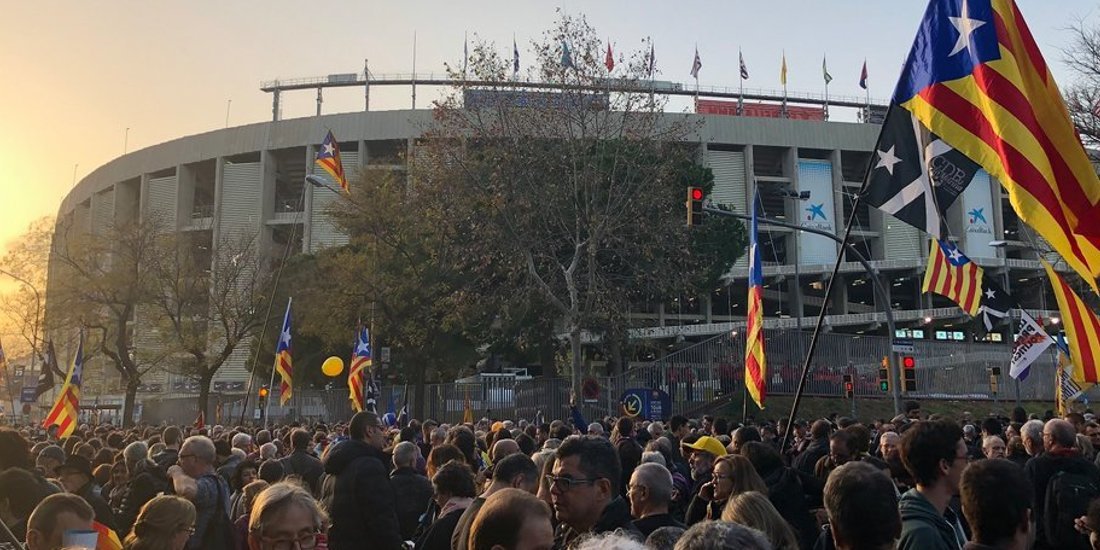 Politics and football are at the heart of the conversation on social media about Catalonia around the world according to a study commissioned by the Public Diplomacy Council of Catalonia (Diplocat) which compiled data between September 2017 and November 2019. Most of the mentions concerning Catalonia and politics came from the United Kingdom while ones about Catalonia and football largely hailed from France.

Over this period, the hashtags used by people who mentioned Catalonia from this cluster of countries were #spain (1,047,275), #catalunya (1,022,302), #barcelona (796,512) and #catalanreferendum (731,996). The study also groups the conversation about Catalonia on social media during this time into five main areas: first minister Carles Puigdemont and his surroundings, unionism, Julian Assange, the Spanish left and Barça.

Although most of the open conversations about Catalonia were generated on Twitter, tourism and cuisine mentions were largely on Instagram and not particularly relevant in terms of mentions compared to other areas.

Finally, the study also presents other curious data in its qualitative analysis, such as the fact that in the case of the United Kingdom, Scotland generated 12,140.5 mentions per thousand inhabitants while in Wales there were 1,879 and 1,613 in England.