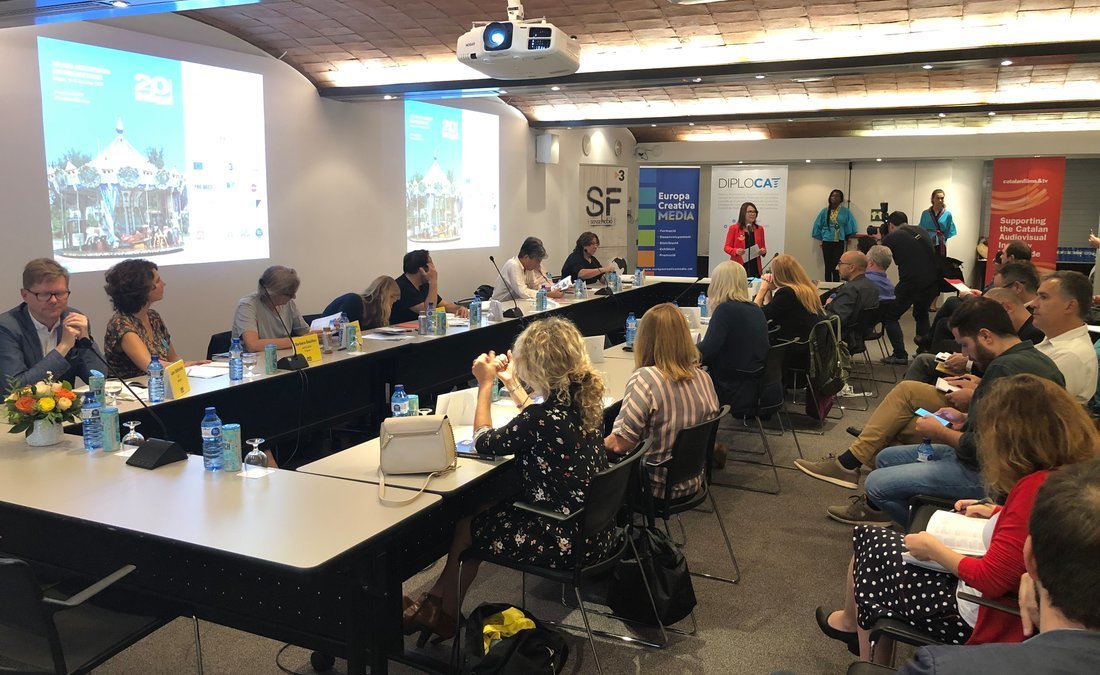 The Euro-Mediterranean Documentary Market (MEDIMED) has also had to cope with the situation created by COVID-19, and given the impossibility of bringing participants together in Sitges as the organisers had intended,  this year's event has gone online. After two days of preliminary activities, the main sessions and meetings are scheduled from today until Friday.

The market's purpose is to put independent producers and international television companies from the Arab world and Europe in touch with each other in order to foster commercial and professional exchanges and promote audiovisual co-productions in the European Union and southern Mediterranean countries (the Maghreb, Middle East and Turkey).

In this year's edition, 250 documentary industry professionals from around fifty countries have been accredited, representing 50 TV channels and 20 international distributors as well as financing funds such as Sundance (USA), the Doha Film Institute (Qatar), the Catapult Film Fund (USA) and the Jordan Film Fund (Jordan).

Under the leadership of Sergi Doladé, the work accomplished in the 20 previous editions has made MEDIMED into an internationally recognised event for documentary professionals. This year it is jointly hosted by the International Association of Independent Producers of the Mediterranean (APIMED), chaired by the Catalan producer Isona Passola, and the Public Diplomacy Council of Catalonia (Diplocat) with the support of IEMed and other organisations.

In a welcome video addressed to the participants, Laura Foraster i Lloret, Diplocat's Secretary General, explains why an event such as this is also public diplomacy, takes on board the market's objective of building bridges between one side of the Mediterranean and the other and says that she is confident that it will be possible to hold a face-to-face market again next year.

MEDIMED 2020 presents a selection of 70 documentary projects under development from 24 countries in the Euro-Mediterranean region with a programme which includes the pitching forum, access to the video library, a thousand one-on-one meetings and some parallel activities.

The Catalan projects selected are "Mathusalem" by De-de-ema Visual SL, with the participation of TVC, "Coming of Age" by Boogaloo Films and "The History of Sex Ed" by BWP, with the participation of TVC, in the main Forum section. The projects under initial development which have been chosen for the Speedy Pitch section are "Old Beasts in a New World" by Polar Star Films, "Men's Cooking" by Cornelius Films and "Burn the Cuckoo's Nest" by Shaktimetta Produccions. Finally, in the Anti Pitch section there is "The Last Guerrillas, Ideals of Struggle and Oblivion" by Luzondo Films, "Sediments" by Adrian Silvestre Produccions, "We Die" by Perro Negro Producciones and "The Time After the Rain" by Alhena Production.

The market's digital video library features an assortment of over 400 titles produced in 2019-20 from 48 different countries. The selection contains some twenty Catalan productions including "La Mami", a Catalan-Mexican co-production by Gadea Films and Cacerola Films, "This is Philosophy" by Brutal Media, "Constel·lació Comelade" by Mallerich Films and "El escritor de un país sin Librerías" by Toni Espinosa.

So far more than 400 projects have raised the funding they need at MEDIMED and some have been awarded Emmy, URTI, CMCA, Prix Europa or Gaudí prizes and/or selected for festivals such as DOK Leipzig, DUBAI, Hotdocs, IDFA and SHEFFIELD DOC FEST.