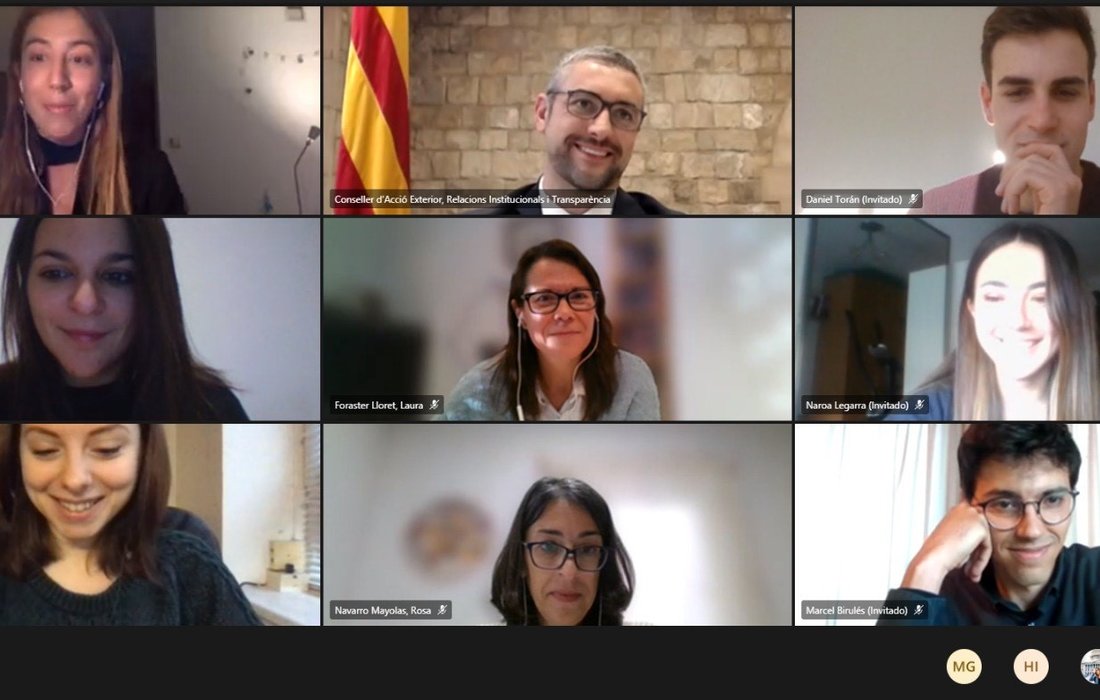 During a telematic meeting that took place this afternoon

The eight young Catalans who study abroad this year thanks to the DIPLOCAT scholarship program have had the opportunity today to talk about their experience with Bernat Solé, Minister of Foreign Affairs, Institutional Relations and Transparency in the Catalan government. They did it online due to the impossibility of holding a face-to-face meeting like last year. All eight have agreed to value the experience very positively, although the pandemic is affecting them all to a greater or lesser extent, both personally and academically.

Solé, for his part, praised the DIPLOCAT scholarship program, which allows the training of specialists in the field of international relations: "Catalonia needs well-trained professionals who play an active role in the European institutions, in the international organizations such as the United Nations, and also in Catalan companies and entities that carry out part of their activity abroad". He also encouraged them to visit the delegations of the Generalitat in the countries where they are studying and get to know their work at first hand.

This year's scholarship holders are four girls and four boys studying public international law, Russia and Asia, culture and conflict, European and Euro-Mediterranean studies at the universities of Konstanz (Germany), Utrecht (Netherlands) and Uppsala (Sweden), the Institute of Political Studies of Sciences Po (France), the London School of Economics and Political Science (Great Britain), the Graduate Institute of Geneva (Switzerland) and the College of Europe of Natolin (Poland) .

The meeting was also attended by Laura Foraster, Secretary General of DIPLOCAT, and Elisabet Nebreda, Secretary of Foreign Affairs and the European Union in the Catalan government.