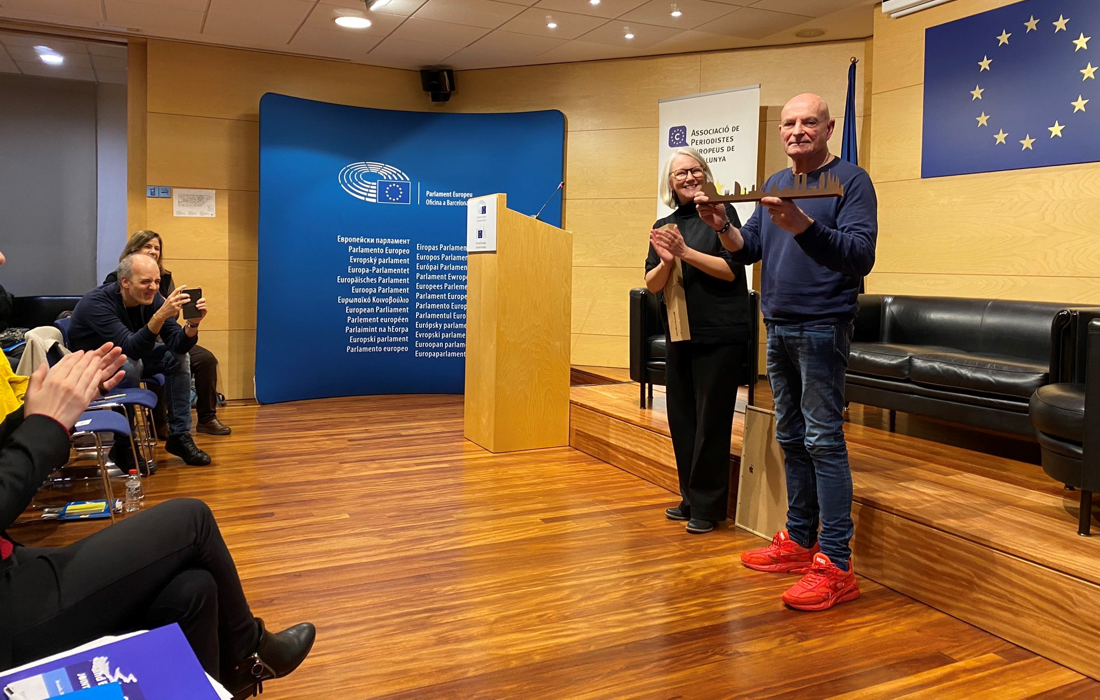 Yesterday afternoon, journalist Llibert Ferri i Mateo received the XVII Ernest Udina European Career Award from the Catalan Association of European Journalists, in an event that took place in the Aula Europa, the headquarters of the European institutions in Barcelona. According to the jury, the award is also a recognition of Catalonia's public broadcasting companyies TV3 and Catalunya Ràdio "for their commitment in favor of international information and their exceptional coverage of major world events, as has been the case, again, with the war in Ukraine".

As for Llibert Ferri, the jury values ​​his ability to inform for twenty years (1987-2007) "from Moscow and an area that experienced great changes since the fall of the Berlin Wall and the end of the Soviet era, with the entrance in the EU and NATO of many countries of the former Eastern Bloc". The award jury also appreciated that once back in Catalonia, Llibert Ferri continued to offer keys to understanding the ex-Soviet space, either with documentaries on TV3, press collaborations or with the publication of several books. In his speech of thanks, Llibert Ferri spoke about his work and the historical events that he had the chance to live and explained with honesty that he had always informed about them as best as he could.