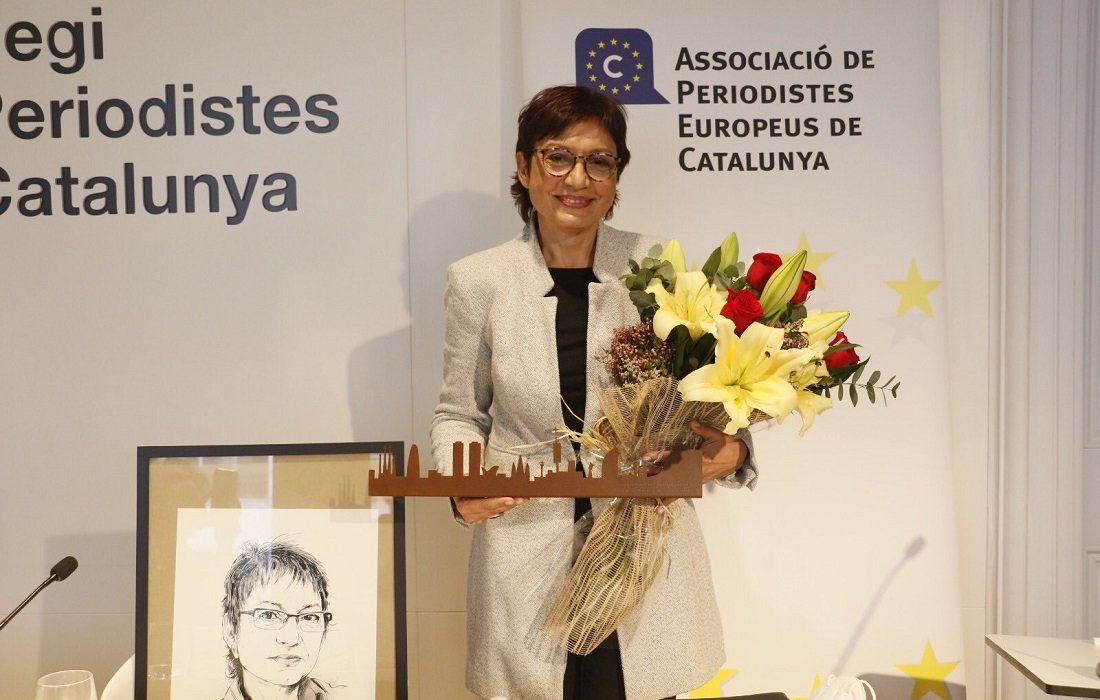 Anna Bosch, a journalist with a long trajectory as a correspondent in various countries, received today, on Friday 27 November 2020, the Ernest Udina Award for a European Trajectory 2020 that is conferred by the Association of European Jounalists of Catalonia (APEC).  As every year, DIPLOCAT has collaborated in the holding of the prize-giving ceremony, which was held at the premises of the Association of Journalists of Catalonia in a virtual ceremony broadcast remotely with no audience.

This is the message, that the Secretary-General of DIPLOCAT Laura Foraster, addressed to the prize-winner and to the organisers:

In her speech thanking the Association for the award, Anna Bosch reviewed her professional career and declared that, although when she was young she wanted to be a teacher, her life for many years now had been driven by two great passions: for journalism, and for the European cause.

The jury for this award particularly appreciated "Bosch's work as a correspondent for the Spanish national television corporation TVE in Washington, Moscow and London, and as both a special correspondent in various conflicts and a reporter in various information programmes." They paid tribute to "her innovative and intimate style, which succeeds in making complex international relationships a source of interest for her audience." This is a quality that was once again made clear in her Brexit coverage and is constantly present in her activity on the social networks "where she provides the keys to interpreting international current affairs far from the headlines, and always with a special perspective on the everyday realities of Europe."

The jury also wished to recognise to the pro-European contribution made by the journalist in the book 'Europa soy yo' ("I am Europe", 2019, Revista 5W) with her reflections that are "the result of her commitment to Europe and its values, and the solidarity and mutual understanding that European construction should inspire in us all." Anna Bosch, who currently works on the programme 'En Portada' ("In the Headlines") dealing with international current affairs, started her career on the radio and formed part of the team who launched Euronews, before becoming a correspondent for TVE and a special correspondent covering events all over the world.