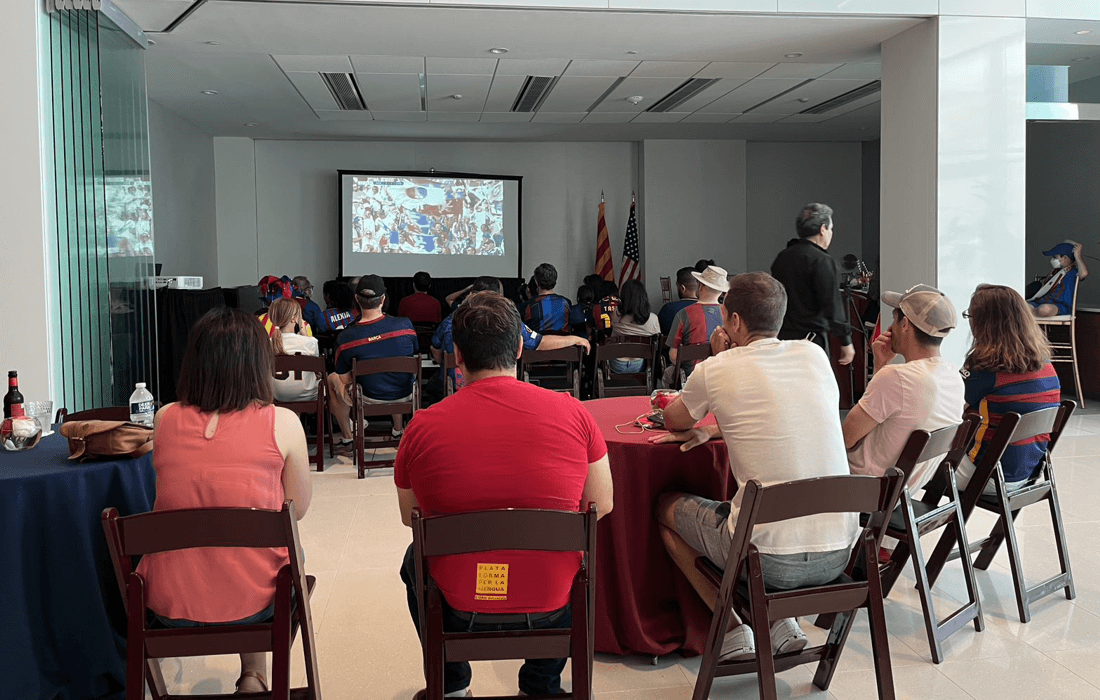 About 60 people from the Catalan community in Washington, the local FC Barcelona Fan Club and friends from the Delegation of the Government of Catalonia to the USA met on Saturday to follow together the final of the Women's Football Champions League between FC Barcelona and Olympique de Lyon, which the French won by 3 to 1.

Former footballer Dolors Ribalta, a member of DIPLOCAT's Advisory Board, sent a virtual message to the viewers. So did Gerard Figueras, Secretary of Foreign Affairs of the Catalan government; Anna Caula, Secretary General of Sport; and football players Bruna Vilamala and Gemma Pons.

The Government Delegate to the United States, Isidre Sala, emphasized the importance of supporting women's sports and spoke about Barça's role as Catalonia's ambassador to the world. Ginny Ehlrich, representative of the US Soccer Foundation, praised the collaboration between his entity and the Delegation, and the president of the local Barça Fan Club announced their intention to also begin watching the matches of the Barça women.